Popularisation of the Single Payment Window (GUP) on the agenda!
31 Mar, 2021

On Wednesday 31 March 2021 in Brazzaville, the Minister Delegate in charge of Budget, Ludovic Ngatsé, held his first meeting of the year 2021 with Employers' Unions (Uni-Congo, COPECO, National Union of Traders of Congo, etc.).

The main issue of this meeting was the Single Payment Window (GUP), established by the 2021 State Finance Law. Minister Ngatsé took the opportunity to review the main reforms for businesses: whether they concern the special exemption regime for new businesses that are created; whether they concern the Impulse, Guarantee and Accompaniment Fund (FIGA) in favour of support for small and medium-sized enterprises (SMEs) or simply the flagship measure, which is the GUP.

On the Single Payment Window, the Minister asked for the patience of economic operators on the fact that it is a new procedure, launched a month ago, there must be many changes. In reality, the changes only concern the payment, because the tax procedures have not changed: the declarations, the models of declarations have not changed either. It's just the place where you pay that has changed.

From now on, you will have to pay either at the GUP point, which is the counter of the Postal Bank of Congo (BPC), previously called Single Window for Customs Clearance (GUD), or at an ordinary branch of this bank.

The difficulty today is that these points are not necessarily at all tax centres. They are sometimes a few kilometres or a few metres away.

Minister Ngatsé said that work is underway in the main tax agencies in Brazzaville, Pointe-Noire and elsewhere, to the point that in each tax centre, there is a GUP point, i.e. a BPC agency. The member of the Government recalled that all the construction works of new mini-hotel of the Taxes (which are 10 in all Congo) will also be new GUP points.

In addition to this, he said, the Government has invested in the creation of a GUP point in each existing tax centre.

The value of the reforms

Ludovic Ngatsé stressed that the reforms initiated by the Ministry of Finance and Budget aim at facilitating tax procedures. He noted that the tax burden has decreased over the past 12 months, while the State needs more money, on the one hand. On the other hand, the Government must also support companies in crisis. In other words, the State's effort should not be focused on increasing the tax burden on economic operators, but on broadening the tax base. That is to say: The State has lowered the marginal rate...

The suggestions of economic operators

For their part, Minister Ngatsé's interlocutors made proposals, notably, "taking into account the context in which companies established in the Congo evolve. In this case, the ransacking following the socio-political unrest of 1993, 1997 and 1998; the economic and financial crisis of 2008; the destruction of business establishments during the disaster of 4 March 2012; the economic and financial crisis caused by the fall in the price of raw materials in general and the barrel of oil in particular since 2014; the health crisis caused by the outbreak of the Coronavirus Covid-19. The economic operators suggested that the New General Tax Code (CGI), currently being drafted, should include provisions such as "late payment of taxes without penalties", given that many businesses remain closed during these various crises.

Another suggestion is that the state should not put all hardware stores, for example, under the same real tax regime, since some of them do not have an annual turnover exceeding 40 million CFA francs. In other words, the State should tax taxpayers according to their size, in order to accommodate them either under the real regime, the fixed price regime or the informal regime.

This meeting was also used by economic operators to express to Minister Ngatsé their difficulty in obtaining the New Unique Identification Number (UIN).

"It is true that, for logistical reasons, the new UIN is not always accessible. The State will nevertheless work to ensure that it is free of charge beyond the month of March 2021, which is coming to an end.

The Government continues to tolerate the use of the old UIN", explained the Minister Delegate. According to the Minister, proposals or suggestions will be taken into account so that everyone pays what he or she has to pay, from now on to the GUP and not to the inspectors and controllers of the Tax Office or the Treasury. The Minister challenged them in these terms: "They must know that tax fraud is an offence punishable by law. The State, in these times of crisis, relies primarily on its internal resources which are the fiscal-customs taxes". 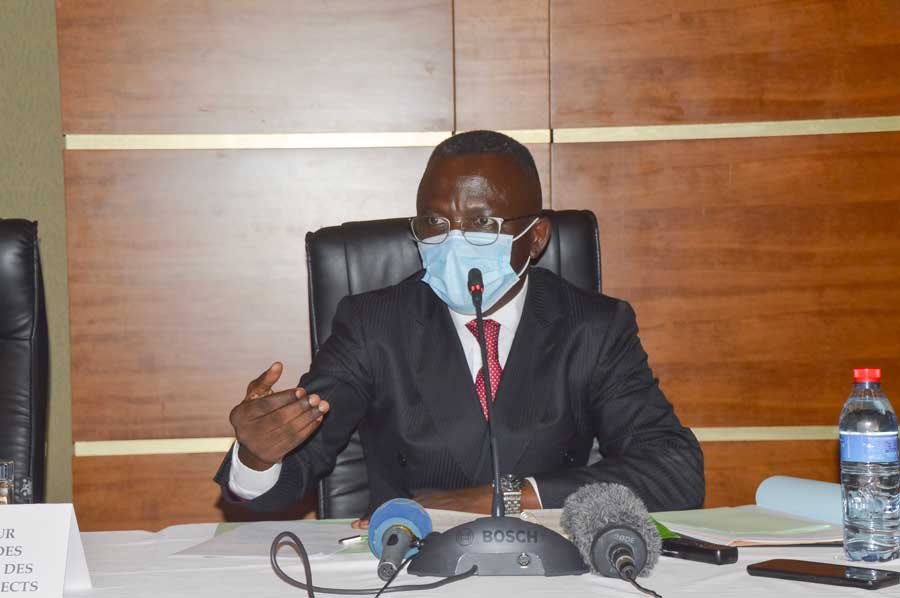