BDEAC and Congo sign a Loan Agreement of CFAF 100 billion

This loan will be used to carry out the first phase of the development of the Brazzaville-Ouesso-Bangui-N'Djamena multimodal corridor
10 Dec, 2021

“Under this phase, BDEAC's intervention on Congolese territory mainly concerns the asphalting of the Ouesso-Pokola road section, 50 km long; the construction of a 616-metre bridge over the Sangha River and the minimum development of the Pokola (in the Sangha department) - Betou (in the Likouala department) section. The project also includes some related developments in the town of Pokola,” Fortunato-OfaMboNchama said. He emphasised the economic, social and environmental benefits of this project, as well as the interest shown by the Congolese government in this phase of the Corridor, in the following terms:

“Economically, this project will contribute to reducing the cost and duration of transport between the Central African border and Ouesso. This will result in financial gains that can be directed towards developing economic activities in the area.

The economic, social and environmental benefits of the project confirm its importance for Congo in particular and for Central Africa in general. However, it is above all the decisive interest shown by the Congolese government in this project that has motivated BDEAC to urgently finance it. Through the implementation of this project, Congo will participate in the realisation of integrating programmes in terms of road links between the capitals of the six countries of the Central African Economic and Monetary Community (CEMAC)”.

For its part, the Congolese government, represented by Robert Roger Andely, thanked, through this loan of 100 billion CFA francs, the support of the BDEAC in strengthening the position of 'transit country' that the Congo has always occupied for its neighbours, since colonization. He rightly pleaded for additional funding from the bank for the construction of the Betou bypass. This will open up the Likouala department, as the Congolese president, Denis Sassou-N'Guesso, has always wanted.

Minister Andely did not fail to request BDEAC's assistance in the implementation of the National Development Plan (NDP 2022-2026), which is being drawn up by the Congolese government. This five-year plan places particular emphasis on the diversification of the economy. Finally, Minister Andely took the opportunity to invite the member countries of CEMAC to stick together so that BDEAC can survive for a long time, despite the current situation. For, “BDEAC is our instrument of development”, he concluded.

It should be noted that the glitter of the ceremony was enhanced by the presence of Mrs. Olga Ingrid Ghislaine Ebouka-Babackas, Minister of Economy, Planning, Statistics and Regional Integration; Marcel Ondélé, Vice-President of this sub-regional development bank, and ministerial advisers. 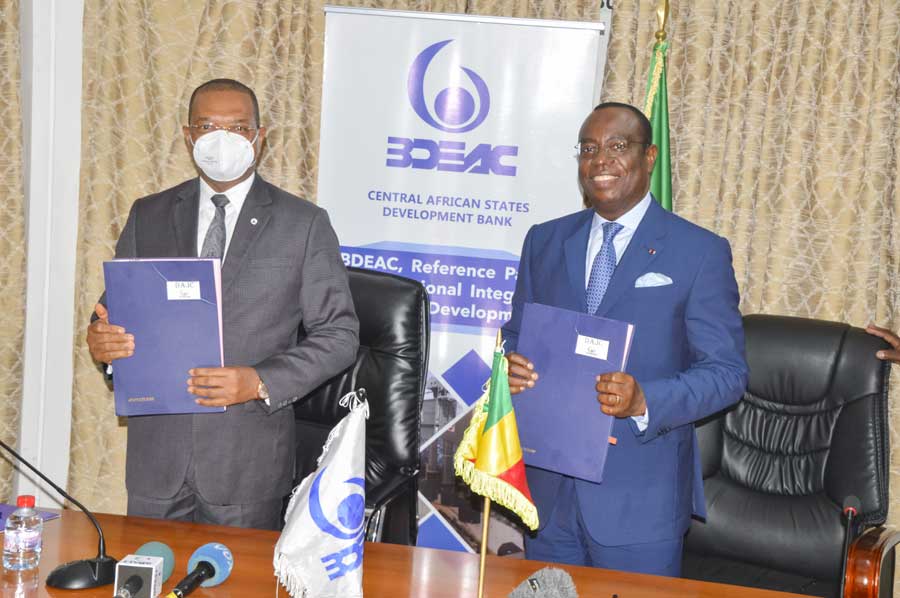