The members of the National Public Debt Committee met on Friday 26 November 2021 at the Ministry of Finance in Brazzaville, in accordance with the organic law N°36-2017 of 3 October 2027, relating to finance laws, which provides, in its Section 56 paragraph 3, that the finance law of the year should be accompanied by the public debt strategy. The meeting was chaired by Rigobert Roger Andely, Minister of Finance, Budget and Public Portfolio, in the presence of Ingrid Olga Ghislaine Ebouka-Babackas (Minister of Economy, Planning, Statistics and Regional Integration), and Vice-president of the CNDP.

At the end of this meeting, the Director General of the Congolese Sinking Fund (Caisse congolaise d'amortissement - CAA), Théodore Ikemo, answered questions from the press.

What is the content of the New Public Debt Strategy that you review?

“The Minister of Finance, Budget and Public Portfolio has instructed that the Congolese State must have a quality debt. This means that the public debt should be payable, in real time, without accumulating arrears.

We have seen that when we contract a debt in fluctuating dollars, it gives a risk of rate fluctuation. So, the debt contracted in dollars is stronger than the debt contracted in other currencies. That's why, in the future, we have to reduce the debt incurred in dollars, to reduce the real risk of fluctuation. It's difficult to manage, because the dollar varies every day. On the other hand, with the euro, the parity is fixed; we control it; there are no worries.

Concerning the domestic debt, we have seen that it has very short repayment periods: two or three years, for huge amounts, which puts a lot of pressure on the treasury. This puts a lot of pressure on the cash flow. There are many other expenses to be made, instead of just paying the debt. We have asked that the domestic debt be made to have very long maturities, so that the amounts to be paid annually are very low. This is the work we have done: it is the new Domestic Debt Strategy.

In summary, on external loans, we can only go into debt on very soft terms: that is, with very long repayment periods and very low interest rates.

As for the domestic debt, we should favour debt with fairly long repayment periods: 5, 6, 7 years, instead of 2 or 3 years, as is the case now.”

What is the exact amount of the domestic debt?

"As for the amount of the domestic debt, it is difficult to say, because this debt is the subject of an audit entrusted by the Minister of Finance to two private firms: Ernst Young and Cocages. This debt has two components: social debt (salary, pension and scholarship arrears) and commercial debt (due to traders). It is hoped that before the end of 2021, the two firms will be able to determine this. It is only after this amount has been determined that we will be able to draw up a settlement plan for 3, 4, 5, 6 or even 10 years, depending on the financial capacity of the State.”

What do you mean by sustainable debt?

“Sustainable debt implies, today, that the state has commitments (paying salaries, running the Administration, paying the public debt and scholarships, caring for the Congolese). In view of all this, and in view of the revenue we receive, the sustainable debt is the one we can pay without accumulating arrears. In clear terms, it is the one that is payable regularly, in real time, when the due date falls, without the risk of accumulating arrears.”

It should be noted that this second meeting of the CNDP of the year 2021 took place in an economic context marked by the elaboration of the Government's Action Programme, within the framework of a National Development Plan (PND 2022-2026), which requires significant mobilisation of borrowing resources. 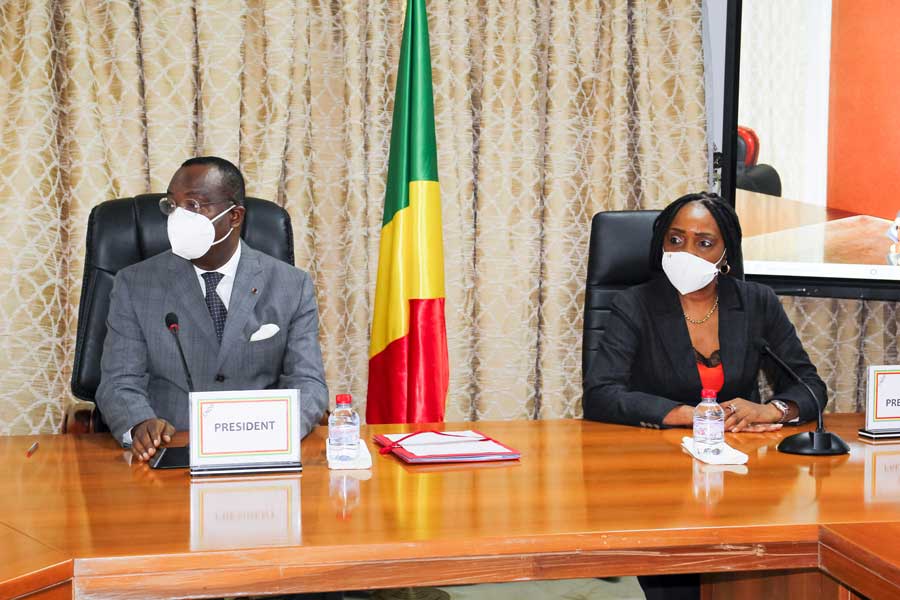