Both Houses of the Parliament have ratified a Complementary Agreement on the Restructuring of Congo's debt to China by 1, 479.83 billion FCFA.

Unanimously passed, Friday 17 May 2019 by the National Assembly, and Monday 20 Mai 2019 by the Senate, the two Houses of the Congolese Parliament have ratified, after review, the Draft Law of the Complementary Agreement on the Restructuring of the Congo's Debt to China, signed on 29 April 2019 in Beijing, between the Republic of Congo and the Import-Export Bank of China. The discussions were conducted by the Speakers of both Houses, namely: Isidore Mvoumba and Pierre Ngolo.

For the 8 projects, according to the government member, subject of the restructuring, the terms of the initial contracts can be summarised as follows: -Credit: 85 per cent of the cost of the contract amount;

Grace period: 3 to 5 years, depending on the duration of the works;

The Complementary Agreement is one of the prerequisites for concluding discussions with the International Monetary Fund (IMF), with a view to concluding a programme supported by an Extended Credit Facility. A significant portion of the debt is with China. For example, Congo has initiated discussions on China's financing assurances during the period of the Programme with the IMF and the rescheduling of debt maturities. 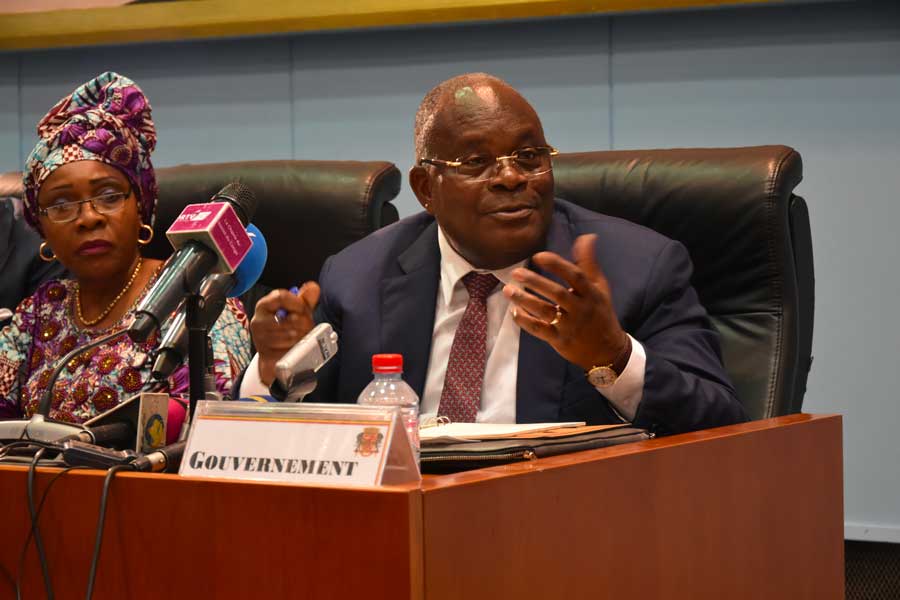