On Thursday 29 April 2021 in Brazzaville, the Congolese Minister of Finance and Budget, Calixte Nganongo, and his counterpart in charge of Budget, Ludovic Ngatsé, received, in audience, the farewell visit of the UNICEF Representative in Congo, the Mozambican Micaela Marques de Sousa.

Having reached the end of her four-year mandate at the head of this UN agency, the interlocutor of the two members of the government told the press, who approached her at the end of this reception, that the balance sheet of cooperation with Congo is satisfactory. In particular, in the protection of children's rights to health, education and security against all kinds of violence, including online violence.

"I have come to congratulate the Congolese government, through the Ministers of Finance and Budget, for having prioritized funding for projects in favor of the well-being of children in Congo," she said.

In the area of health, for example, Ms. Micaela Marques de Sousa said there have been no more shortages of medicines and vaccines since 2017, thanks to the commitment of the government and the Head of State, His Excellency Denis Sassou-N'Guesso. Today," she added, "the Ministry of Health has a platform for the supply of medicines and vaccines for children, because Congo is one of the countries that has made a commitment to work with all partners (World Bank, WHO, UNICEF, GAVI, UNESCO...) to avoid any disruption”.

In the education sector, it was marked by the fact that children have been able to go to school, thanks to the efforts of the Ministry of Primary and Secondary Education and Literacy. "Even during the Covid-19 health crisis, in the 2019-2020 school year, children studied online through the Home School Programme. Similarly, since the start of the 2020-2021 school year, school has not been interrupted," the UNICEF official said.

For the protection of children, especially vulnerable children (street children, trafficked children), Ms. Marques de Sousa noted that "Congo, through the Ministry of Justice, Human Rights and Protection of Indigenous Peoples, is making efforts so that no child is left behind, so that none of them is a victim of violence, including cyber crime. In short, the legislative aspects, or laws on child protection, are on the right track in Congo”.

In conclusion, despite the economic, financial and health crisis, the Ministers of Finance and Budget demonstrated that it is not negotiable that a child lacks vaccines, medicines, education and protection, because the child remains at the center of development. 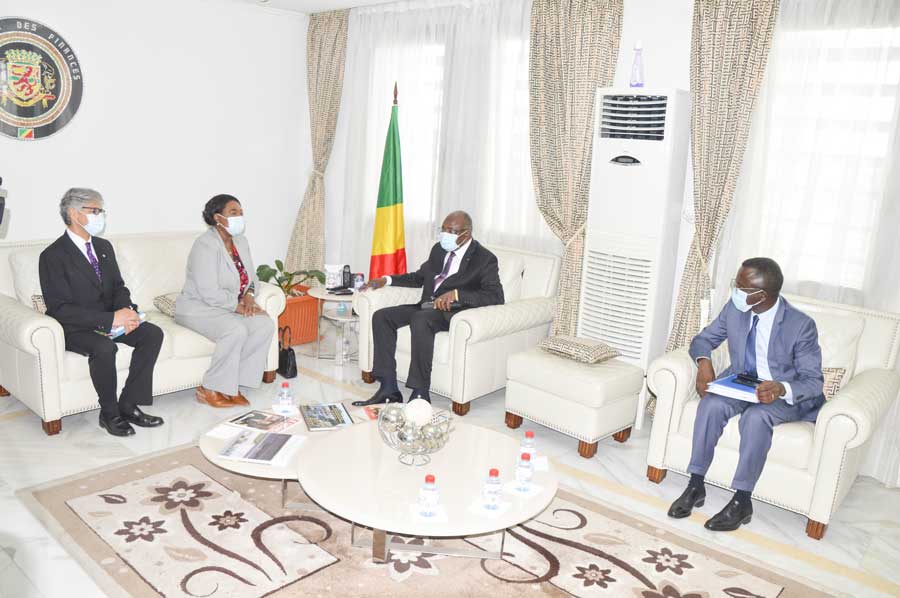