The construction work  of a government housing  in Brazzaville, near the Palais des Congres in the heart of Brazzaville is going to start soon.  The piece of news came  on Tuesday, September 19, 2017 from H.E. Can Incesu, Ambassador of Turkey in Congo, after his meeting with  the Minister of Finance and Budget, honourable Calixte Nganongo.

The project "government  housing" will be the second biggest one to be carried out by Turkey, a friendly country, after the building of an international conference center in Kintele in the north of Brazzaville. The center was inaugurated by the head of state, H.E. Denis SASSOU N'guesso.

The Turkish diplomat said that a Congolese  delegation  headed by honourable Jean Jacques Bouya, Minister of public works, regional development  and large projects is now in visit in Turkey in order to finalize the agreement on the building project.

Moreover, the host of  honourable Calixte Nganongo declared that he had been thouroughly briefed on the economic and financial situation of Congo,  notably on future negotiations between the Congolese  government and international financial institutions such as the IMF, which are also partners of Turkey.

Press department  of the Ministry of Finance 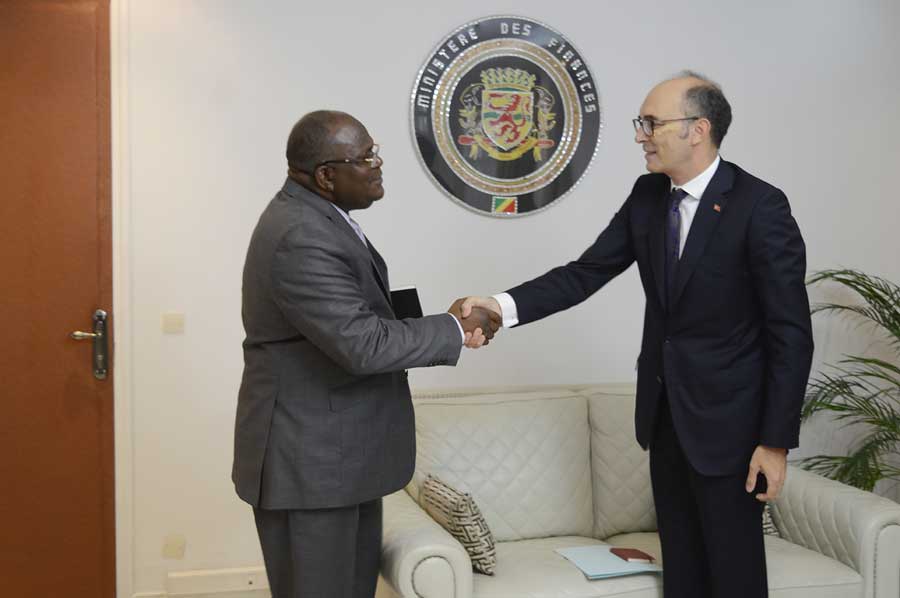