Cooperation between France and Congo

The third meeting of the of the Piloting and monitoring Committee for the undebtedness and develop-ment Agreement reviews the progres made in the carrying out of the projects.

On June 9, 2017, in Room 315 of the Ministry of Foreign Affairs in Brazzaville, Honourable Calixte Nganongo, the Congolese Ministry of Finance, Budget and Public Portfolio chaired the third meeting of the Piloting and monitoring Committee (PMC) for the undebtedness and developpement Agreement (C2D) entered into 2010 between France and Congo.

The C2D is an additional financing mechanism initiated by France and amounting to 229 million euros, within the framework of the cancellation of the debt by the donors of the Paris Club, after Congo reached the point of decision under the HIPC in 2010.

The Agreement requires that the Republic of the Congo keeps on respecting the debt maturity dates. Thereafter, the money paid is given back to Congo by France in the form of subsidies in order to finance the programmes commonly determined by both States in the interest of the Congolese.

The meeting took place within the framework of the relaunching of the activities of the Committee set up in 2011, as a body of validation of projects. The Committee has only met twice instead of twelve times in six years. The meeting was about the presentation of the C2D mechanism and the modalities of its implementation in the Republic of the Congo, the progress made in the implementation of the projects financed by the Agreement, the aspects to be focussed on the piloting and the management of the C2D and the discussions on apportionment.

The C2D amounts to 229 billion euros for the financing of 13 projects and two study and capacity building Funds involving 8 technical ministries.

The projects include the construction of the Corniche sud road, which goes from Case De Gaulle to the site of Les Cataractes ; the rain water drainage in Brazzaville and Pointe Noire, the back up of the Societe Nationale d’Electricite – SNE (Electricity company); the rehabilitation of water and sanitation facilities of the University hospital of Brazzaville (CHU-B) ; the back up of the implementation of the social action national policy  and of the relaunching of agriculture etc .

« With the mobilization initiated by the Minister of Finance, Budget and Public Portfolio, honourable Calixte Nganongo. chairman of the Committee, several government members involved in the projects took part in the meeting held as a way of resuming activities. The participants made suggestions for the improvement of the management of the C2D in order to simplify the financial services for a more efficient accounting. They considered higher education as a priority sector for the allocation of the balance. Lastly, they recommended the speed up of the studies on some infrastructure such as the Corniche-sud road», the Ambassador of France in Congo, Bertrand Cochery, co-chairman of the Committee, said. 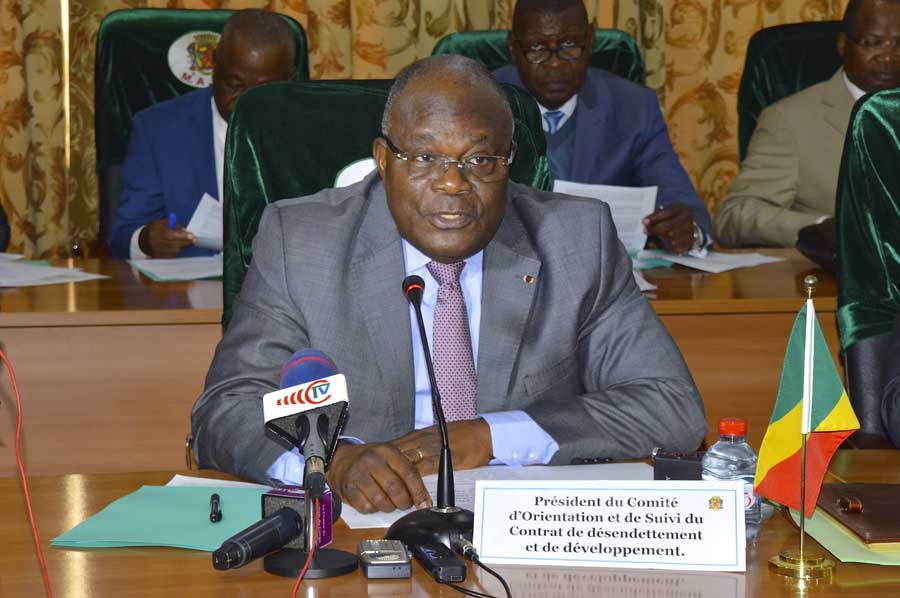