The handover between Marius Ikolo Ngakosso, the outgoing SIGFIP project manager, and the incoming Brice Gangoué, took place on Friday 9 July 2021 in the meeting room of the Ministry of Finance, Budget and Public Portfolio.

The ceremony was presided over by Audrey Mapithy Ma Mapithy, Administrative and Legal Advisor to Minister Rigobert Roger Andely, in charge of Finance, Budget and Public Portfolio.

Before the signing of the minutes by the two incoming and outgoing project managers, the audience followed the state of play of SIGFIP, drawn up by Marius Ikolo Ngakosso. "It was in 2017 that we took over this project launched in 2015. Today, the expenditure chain is fully implemented in all Ministries, after the pilot phase that took place in the first four Ministries. The revenue chain is currently being implemented. I would like to pay tribute to the entire team of engineers who have assisted me in this work," he said.

For his part, Brice Gangoue pledged, in the name of the continuity of the State and for the interest of the Nation, to bring this project to a successful conclusion, with the entire team of engineers that his predecessor left him.

As a reminder, this project is placed under the Directorate of Information Systems, led by Lord Marhyno Gandou. 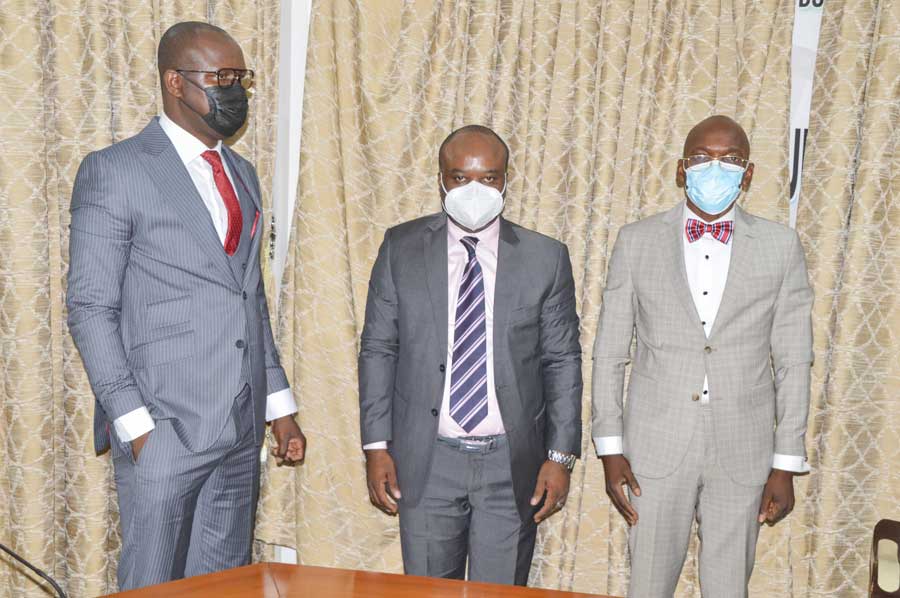