Florent Michel Okoko, Permanent Secretary of the EITI-Congo National Executive Committee, held a press conference on Monday 10 January 2022 in Brazzaville. His presentation focused on the validation and publication of the 2019 Report by the Committee.

This 200-page Report presents the payment declarations of 25 companies (including 13 oil, 5 mining and 7 forestry companies).  According to the speaker, all of these companies have subscribed to the declaration form, except for a few, such as the oil company Lukoil and the mining company Congo mining. For their part, tax bodies (financial authorities, such as the Directorate General of Taxation and Real Estate-DGID-, and other Administrations) have reported the revenues provided for in Requirement 4.1 of the 2019EITI Standard.

In the oil sector, 122 million barrels were produced, representing 7 billion dollars. Of the 122 million barrels, 34 million are returned to Congo in the form of royalties paid by companies and under the Production Sharing Contract (PSC). Congo's oil production ranks 5th in Africa!

As for the forestry sector, a decline in the contribution of timber to Gross Domestic Product (GDP) of around 4% was noted in 2019, compared with 5-6% the previous year. However, there is a clear recovery of activity in this sector for the next cycle.

Speaking about the mining sector, the speaker told journalists that an innovation has been introduced, namely: the artisanal production of gold and diamonds, for the simple reason that there is a quantity of these minerals that is exported.

Answering the question on the reasons for the choice of these three sectors, Florent Michel Okokoa said that it responds to the will of the Congolese Head of State, Mr Denis Sassou-N'Guesso, who wants to promote these sectors as part of the diversification of the Congolese economy, adding to this, the quest for leadership of Congo in terms of sustainable management of the Congo Basin forests. For the speaker, the three sectors are not limitative. The publication of statistics can be extended to other sectors such as agriculture, livestock, etc.

When asked about the rationale for the escrow account opened by Congo and China, the Permanent Secretary of the EITI-Congo National Committee explained that this is a mechanism put in place by the Framework Agreement signed between the two countries. Each year, a payment is made by Congo to repay its debt to China until a certain threshold is reached. The surplus is immediately returned to the Congolese Treasury.

It is recommended that the EITI-Congo National Committee remobilise certain EITI stakeholders by promoting the existence of the new regulation in force, in order to allow a wider and more diligent participation of extractive companies in the reporting process, and to reduce the time required for the publication of EITI Reports. Similarly, it is recommended that this Committee, in conjunction with the Congolese Administration, understand the reasons for the shortcomings of the Directorate General of Taxation and Real Estate (DGID) in the reporting process, so that future EITI Reports can be as complete as possible in presenting the contributions of the extractive sector.

The EITI-Congo National Committee is also invited to urge the ministries in charge of the extractive sector to continue their efforts, based on the progress made recently, to set up a real Oil, Mining and Forestry Cadastre which, updated in real time, would centralise contacts and all available information on extractive companies registered in Congo. With a view to increasing transparency in the sector, the Oil, Mining and Forestry Cadastres could usefully be made available to the public, particularly on the respective websites of the supervisory ministries, as well as on the EITI-Congo website.

The 2019 Report will be submitted to the Validation session of the EITI International Board, scheduled for July 2022. As a reminder, 56 countries are members of the EITI, including Congo, which joined the standard in 2004. In 2013, Congo was declared ‘’EITI compliant’’and in 2016 ‘’country that has made significant efforts’’. 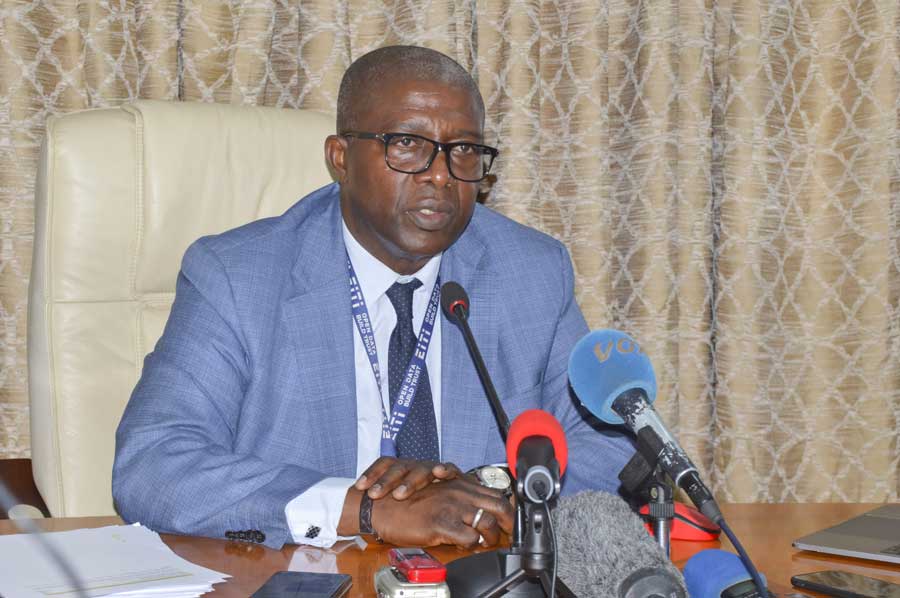