On Wednesday 29 June 2022 in Brazzaville, Florent Michel Okoko, Permanent Secretary of the National Committee of the Extractive Industries Transparency Initiative (EITI)-Congo, led a workshop to popularise the 2019 and 2020 Reports to the national and international press.

Organised in collaboration with the Integrated Public Sector Reforms Project (PRISP/World Bank), the activity was attended by civil society, represented by Christian Mounzéo, chairman of the Africa Steering Committee of the international platform Publish What You Pay. It is part of the preparations for the Congo's dossier to be submitted to the Board of the International EITI, based in Oslo (Norway), from Friday 1 July 2022, as part of the country's third Validation.

This workshop aimed at raising citizens’ awareness on the EITI process and  stimulating public debate on the data contained in the two Reports. In essence, the revenues generated by the extractive sector (hydrocarbons, mining and forestry) totalled CFAF 1,309,461 million in 2019.  In 2020, these revenues were estimated at CFAF 735 billion 860 million. The extractive sector has not been spared the consequences of the closure of several companies due to the Coronavirus pandemic (2019-2020).

Recommendations to the Government or extractive companies

Some of the journalists' interventions

Journalists' interventions focused on the impact of the EITI on the lives of ordinary Congolese; the failure to take into account the results of artisanal mining in diamond and stone quarries on the Congo River; the failure of some companies to comply with the procedure for declaring payments and revenues; the reason for Congo's suspension from the EITI in 2010; Congo's debt to traders; the use by the state of funds generated by the EITI Standard; the confidentiality clause; the aftermath of oil exploration in the Cuvette delta; etc. 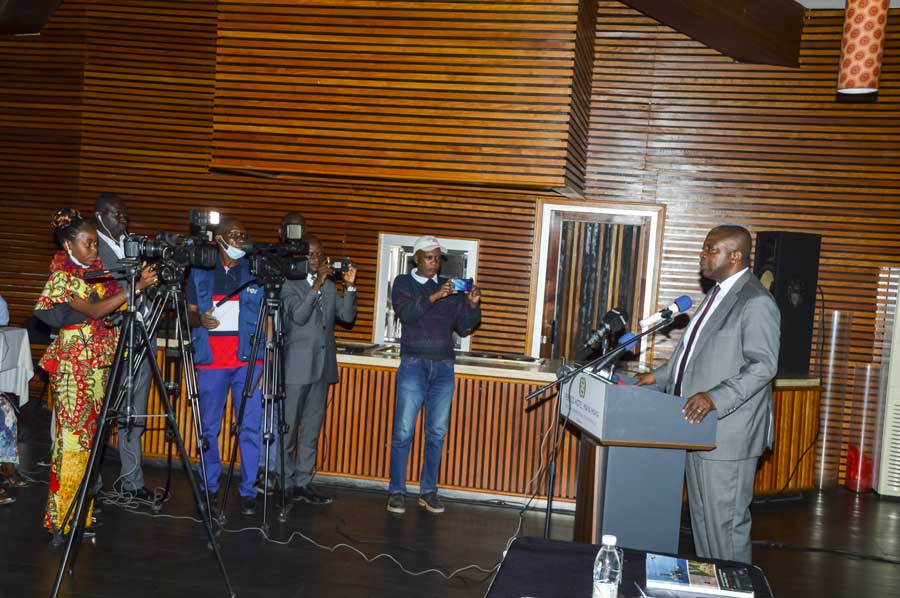