The official launching ceremony for the government bond issue, through a public offering by the Congolese government, was made on December 15, 2016 in Pointe-Noire by Calixte Nganongo, Minister of Finance, Budget and Public Portfolio in the presence of administrative officials of the public and private sector, companies, banks and the public.

The first bond issue through a public offering of 150 billion CFA Francs, referred to as “Congo 6.5% net 2016-2021”, is a fundraiser intended mainly for the completion of road, health and school infrastructure works already committed to funding of projects registered in the 2016 finance law. The loan is remunerated at a net rate of 6.5% declared taxes and secured by opening an account with the Central Bank. This bond issue was suggested, arranged and supported by a team and specialized structures. Ecobank is the main arranger and leader alongside the co-arrangers and co-leaders such as ASCA Group Attijariwafa represented by Crédit du Congo and BGFI Bourse. A consortium of investment service providers and stock exchange services supported by other specialized structures (Financia Capital, LCB Capital, La Financière, CBT Bourse).

The Pointe-Noire prefect, in view of the difficult situation facing the country in general and Pointe-Noire in particular, welcomed the choice of Pointe-Noire municipality, the economic capital, for the launching of this operation. “Your working visit takes place in an economic and social climate punctuated by a low level of activity in the field of work and employment, notwithstanding some activities carried out within the framework of the animation of the latter. Your presence in our municipality is a relief thanks to the content and relevance of your communication which is highly anticipated”.

For Minister Calixte Nganongo, "The municipality of Pointe-Noire, economic capital of the country, seems to me appropriate for this bond issue. The diversity of our economy on the one hand, the blend of culture and the request for expertise on the other hand testify of its economic prowess even in a particularly difficult context”. He added that “Bond issues place the country in a new dynamic like other CEMAC countries”.

The account will be supplied on a monthly basis to the tune of 8% of customs tax revenues with a minimum of 5 Billion CFA Francs during the life of the loan. “The quest for very short-term economic performance in a long-term economic vision is what has obliged the government to resort to these bonds which have a double advantage for the State which now has access to capital markets through a call public for savings and for investors who discover a new secure, tax-free product which is listed on the Central African Securities Exchange. This loan is an alternative product enabling the Congolese State to diversify its sources of financing in order to optimize its budgetary management” he continued.
Explaining the different characteristics of this operation, the CEO of Ecobank, main arranger and leader, explained that “bond issue is an operation represented by securities called bonds. Bonds are obviously debt securities as opposed to title deeds. In this operation, the issuer (Congo) is obliged to respect a certain number of constraints” he continued.
"Any natural or legal person, resident and non-resident of the CEMAC zone shall be eligible. The term of the loan is five years. The subscription period is scheduled for December 15 to December 23, 2016, while the dividend entitlement date will be the second business day after the closing of the transaction. Interest on these bonds is exempt from all taxes and duties within the CEMAC zone” Ecobank’s CEO added. 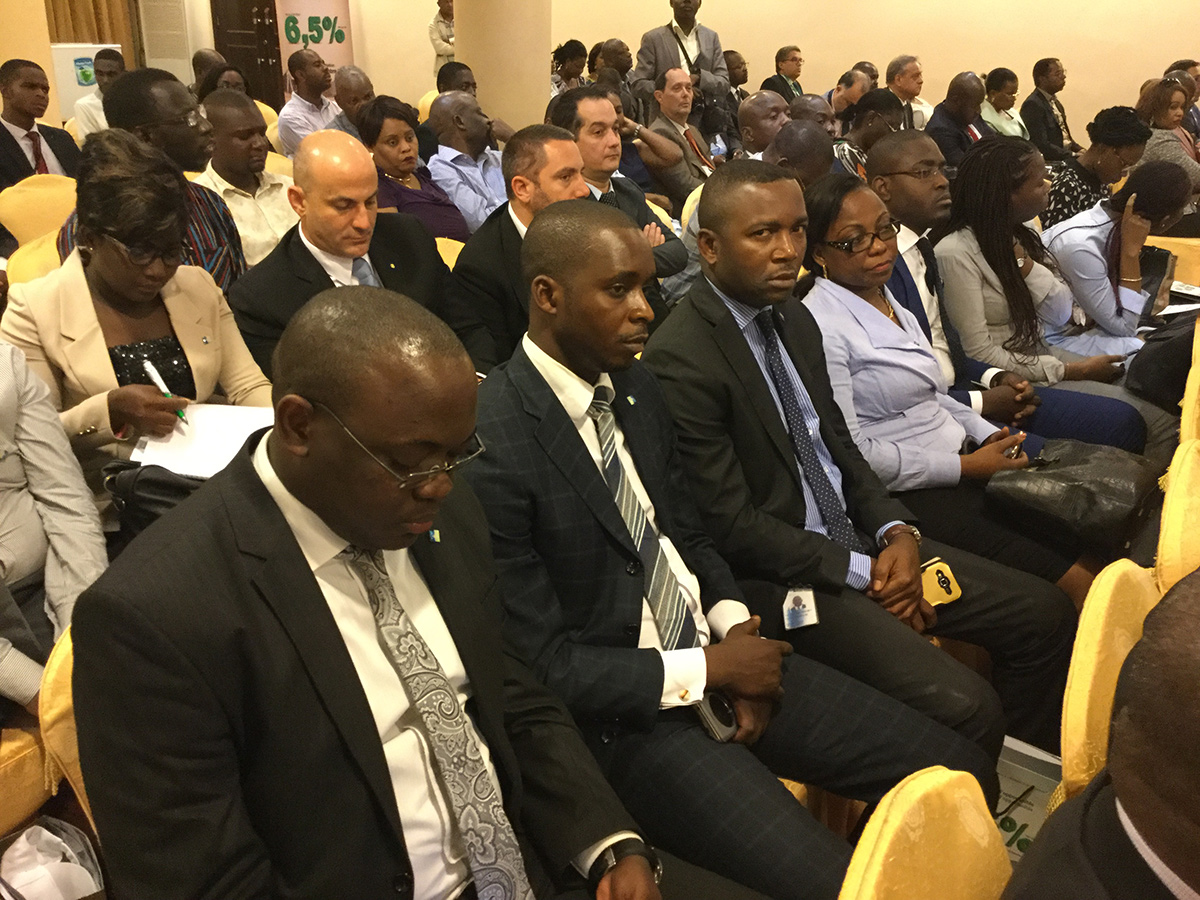