Hearing in committee of the Minister of Finance at the national assembly session Item on the agenda: proposed state budget for the year 2018

Among the items on the agenda of the session held on December 18, 2017 and devoted to the hearing of honourable Calixte Nganongo, Minister of Finance and  Budget in the Economic, Financial an budget execution control  Committee of the national assembly, there were also the bill on the amended finance Act for the year 2017, the proposed budget  for the national assembly for the  year 2018 and the regulation Act  bill for the year 2016.

The proceedings in committee were chaired by  Maurice Mavoungou, a member of parliament and  were held two days before the end of the International Monetary Fund mission, which had begun negotiating with the Congolese Government since  Tuesday, December 5, 2017, so that a three-year  agreement was reached for establishing macroeconomic equilibrium and promoting growth  in Congo-Brazzaville.

Press department of the du Ministry of Finance 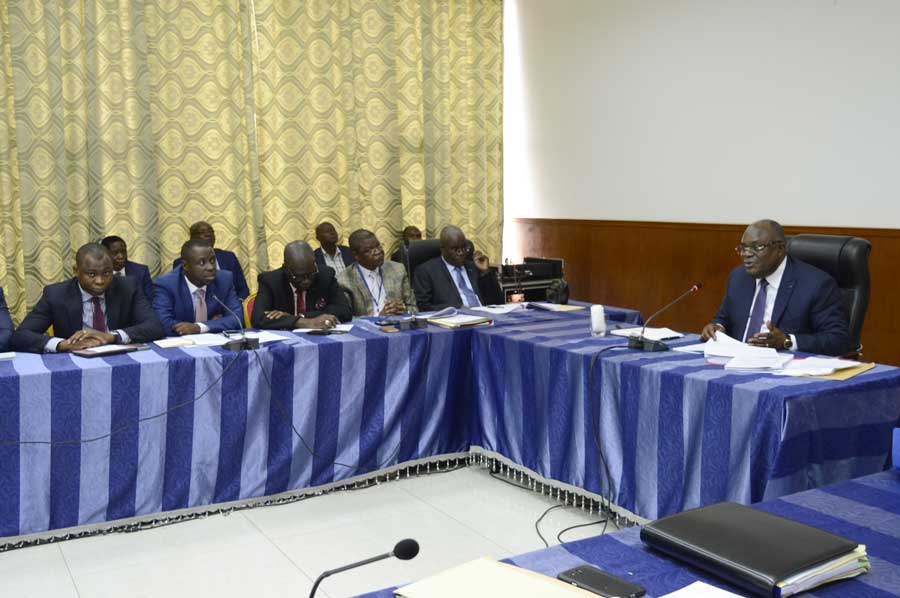