Three speeches were delivered during this ceremony which took place at the headquarters of ‘’SUNU Assurances IARD Congo’’, an R+3 building, located on the rue de l'Hôte de ville, in the first district of Pointe-Noire, Emery Patrice Lumumba.

First, that of Thierry Brou Kouadio, who recalled the transition from ‘’Allianz Congo Insurance’’ to its new name ‘’SUNU Assurances IARD Congo’’.

‘’This day marks not only the official launch of SUNU Assurances in Congo, particularly in Pointe-Noire, but also the launch of a new era of insurance in this country. By relying on the SUNU Group, created in 1998 and present in 17 African countries, with 33 companies, we will offer companies, populations and institutions, as well as all internal clients, authentic insurance protection solutions’’, he said. ‘’SUNU Insurance IARD Congo aims to be the reference company in the market in the very short term, based on the professionalism of our young, dynamic, experienced and committed team; on the quality and relevance of our insurance offer (best value for money); on the optimised management of claims, to the satisfaction of the client; on the strict respect of regulations and on our proximity to the different actors of the market’’, Thierry Brou Kouadio continued.  He added that ‘’SUNU Insurance IARD Congo is resolutely committed to the well-being of the population and the development of businesses, thanks to its insurance solutions in all areas, ranging from automobile to travel assistance, including transport, property damage, civil liability, health, individual accident insurance and travel assistance.

This was followed by a speech by Dimitri Iriyé, who gave a brief presentation of the SUNU Group. ‘’Founded by Papa Pathé Dione, Chairman and CEO, this pan-African who dreamed big for his continent, the SUNU Insurance Group started from the acquisition of a few companies, about 20 years ago. By 2021, the SUNU Group was already present in 17 countries. It had 27 companies with over 4,000 jobs. It had CFA F 59 billion in equity, CFA F 234 billion in turnover and CFA F 567 billion in assets under management. SUNU Insurance has been the leader in life insurance in French-speaking sub-Saharan Africa for over five years. Everything we earn, we reinvest in Africa, because we believe in our continent and we are here to stay’’, he said.

It should be noted that this Group is involved in a digital transformation programme, which should facilitate access to the various products and improve the quality of service, even at a distance.

Finally, the last speaker at this inauguration ceremony, Jean Pierre Nonault, recalled that the fundamental mission of an insurer is to contribute to financing and economic development. He indicated that the rapid handling of claims is one of the effective means for the development of the insurance sector. 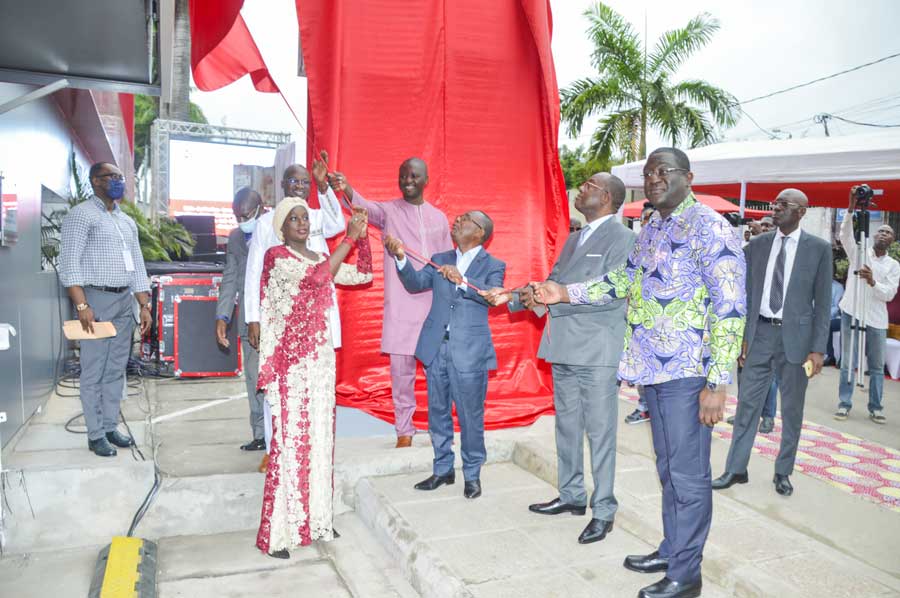