The participants recommend to the Government the setting up of an institutional portal
14 Sep, 2022

On Wednesday 14 September 2022 in Brazzaville, the Minister Delegate at the Prime Minister's Office, in charge of State Reform, organized an interministerial seminar of Directors and Managers of Information or Computer Systems of the Public Administration. At the end of this meeting, several recommendations were made, including the setting up of an institutional portal.

In his speech, the Minister Delegate in charge of the Budget listed the digital economy as one of the priorities defined in the National Development Plan (NDP) 2022-2026. ‘’Based on public funding, and with the support of technical and financial partners (TFP), the Ministry of Finance, Budget and Public Portfolio has implemented its Information System Reform Programme, in which several computerization projects are being implemented. The objectives of these projects are to rationalize expenditure and secure public revenue on the one hand, and to automate, integrate, digitize and interconnect the State's financial, accounting and budgetary management systems on the other’’, he said.

Adding that ‘’the Congolese Agency for Information Systems (ACSI), one of the public structures contributing to the effort of digital transformation of the Administration, accompanies the Government, through projects such as the Information System for the Management of Civil Status Events (SIGFEC); the Information System for the Response to Covid-19 (SIRCOV); the Integrated State Human Resources Management System (SIGRHE); the All-in-One System, integrating (public accounting, payroll, human resources, budget management, asset management, assistance to the project owner for the reform of the information system of the Ministry in charge of Finance)’’.

The participants formulated, among other recommendations: setting up of an institutional portal; reflection on the interconnection of institutions; organization of a debate on the offer of Agencies; designation of IT managers; and reflection on the use of data centres in Congo. 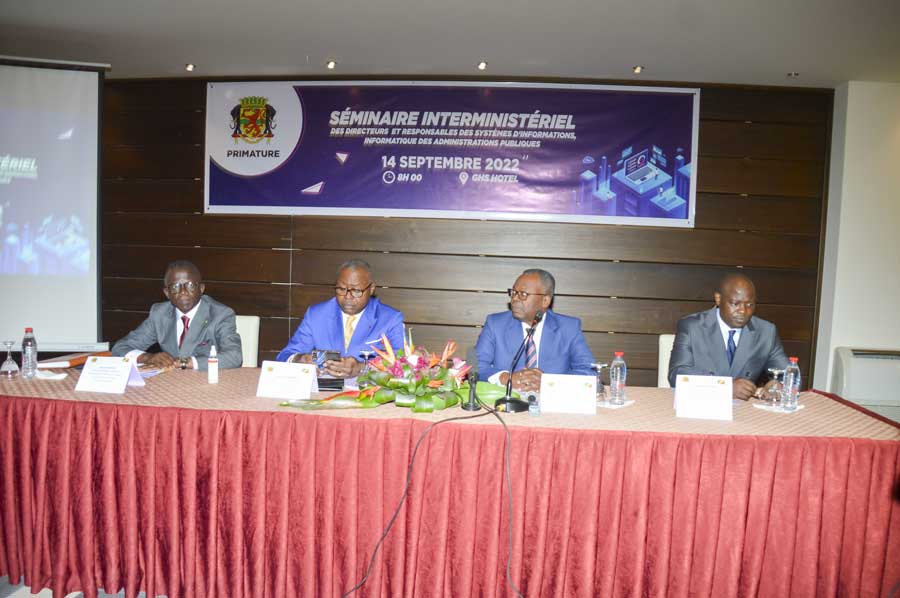