Meeting of the National Economic and Financial Committee (CNEF) of Congo

Under the chairmanship of Jean-Baptiste Ondaye, Minister of Economy and Finance, assisted by Ludovic Ngatsé, Minister of Budget, Public Accounts and Public Portfolio, the National Economic and Financial Committee met for the third quarter, Tuesday 29 December 2022 at the headquarters of the National Directorate of the Bank of Central African States (BEAC), in person in Brazzaville (Congo), and by videoconference in Yaoundé (Cameroon) with Abbas Mahamat-Tolli, Governor of the BEAC. At the national level, the Committee noted a recovery in economic activity in 2022, based on the projections of the national authorities, i.e. a real GDP growth rate of 2.8% compared with a recession of 1.4% in 2021.

This improvement would be mainly due to the strength of the non-oil sector (+3.2%), which would benefit from the revival of demand. As for the oil sector, it should remain almost stable at -0.8%, despite the good performance of prices on the international market, mainly due to the delayed effect of investments made.

On the price front, the annual average inflation rate is expected to be 3.5%, due in particular to the rise in the price of imported food products. In line with the good performance of world oil prices, the Congo has accelerated its debt repayment, which should improve its debt ratio to 64.9% of GDP, compared with 103.6% of GDP in 2021.

At the international level, the Committee noted that the global economic situation remains marked by the effects of the Russian-Ukrainian crisis, in particular the rise in inflationary pressures, as well as the tightening of monetary policies by the main central banks. In this context, the International Monetary Fund (IMF) has forecast a Gross Domestic Product (GDP) growth rate of 3.2%, down from 6.1% in 2021.

Furthermore, the Committee was briefed on the progress of the programme with the IMF, the second review of which will be submitted to the Executive Board in February 2023.

Examining the various modes of financing the Congolese economy, the Committee noted that as at 30 September 2022, the bank system recorded a slight increase of 0.3% in gross credits to the economy to CFAF 1,417 billion 100 million and a 2.4% drop in outstanding debts to CFAF 271 billion 100 million. The Treasury securities market had an outstanding amount of CFAF 1,277 billion at the end of September 2022, up 29.71% year-on-year. This outstanding amount is essentially made up of Assimilable Treasury bonds (87.33%).

The Communication Unit of the Ministries of Finance and Budget 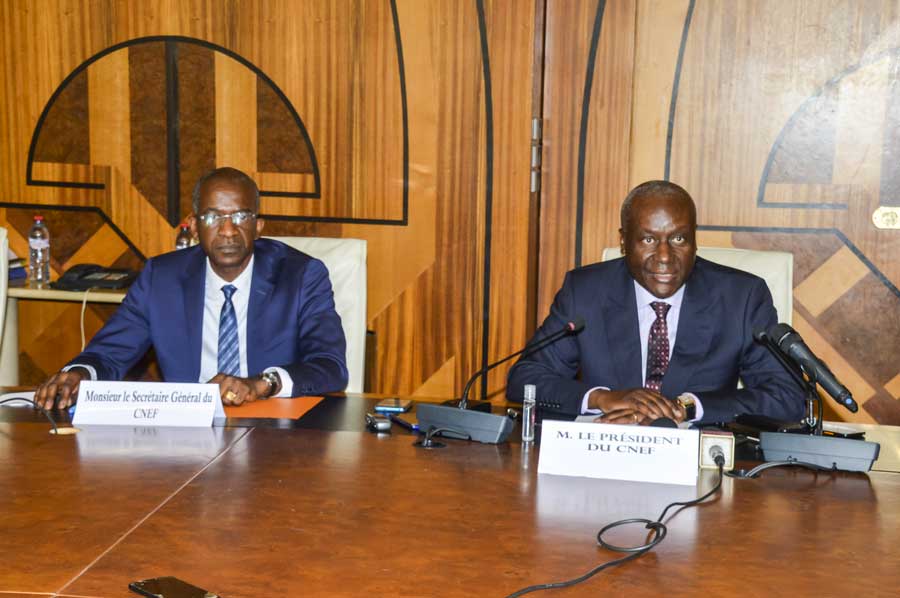