On Saturday 13 March 2021, three Members of the Congolese Government signed mining conventions, notably for iron ore, with the company Sangha Mining Development, a conglomerate of partners including Chinese.

The Congolese side was represented by Pierre Oba, Minister of Mines and Geology, assisted by his colleagues Calixte Nganongo (Finance and Budget) and Ingrid Olga Ghislaine Ebouka-Babackas (Planning, Statistics, Regional Integration, Transport, Civil Aviation and Merchant Navy), and, for the Sangha mining development company, by Manuel André, its Chairman and Managing Director.

This company has obtained three iron ore mining titles from the Congolese government, all of which are in the exploitation phase, in the localities of Badondo, Avima and Nabemba, in the Sangha division. The combined mineral resource potential of the three permits is estimated at more than 1.097 billion tonnes of iron reserves, each with an operating life of more than 25 years. The total investment cost is estimated at over US$18,497 million 537,654. The production capacity is estimated at 100 million tonnes per year.

"Sangha mining development plans to build a Sangha-Kouilou railway line to transport the ore to Pointe-Noire; a mineral port at Pointe-Indienne (Pointe-Noire) for its export abroad, and an electric power transmission line for its operation," explained Manuel André. "The start of implementation of these exploitation projects is planned for the 4th quarter (October, November, December) 2021. The first exports could start in 2023. This project will naturally have an impact on the lives of the populations living near the exploitation sites, mainly through the thousands of direct and indirect jobs that it will provide," he added.

For his part, Minister Pierre Oba hoped that "the new partners of the Congo in the exploitation of these sites, grouped within the Sangha mining development company, will work methodically and maturely, so that Congo occupies the 3rd place in the world of quality iron producing countries".

As a reminder, the exploitation of iron deposits on the sites that are the subject of these agreements was entrusted to former partners some ten years ago. However, the contract has just been terminated by the Congolese state for lack of convincing results. 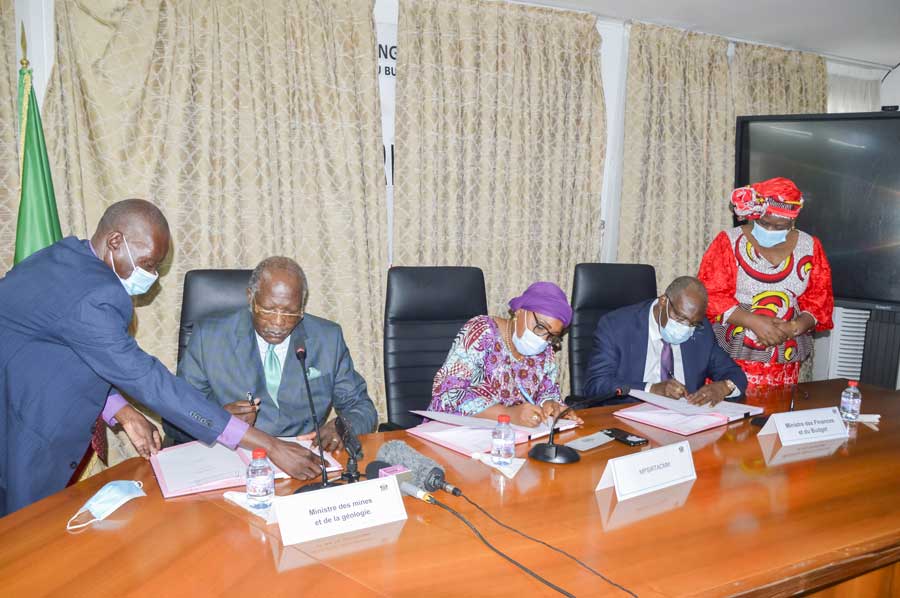