The ceremony for the signing of the two agreements and of the additional clause took place on June 8, 2017 at the ministry of Finance, Budget and Public Portfolio in Brazzaville, between the Republic of the Congo, represented by honourable Calixte Nganongo,Minister of Finance and honourable Pierre Oba, minister of Mines and geology and the companies Sintoukoula Potash and Soremi, respectively represented by Messrs Makosso Mouga and Jing Guo.

The first agreement is about the tapping of the iron ore of Bikelele -Mossendjo area (in the department of Niari) by Sino-Congo company, represented by its CEO, Shu Fai To.

The second one is about the tapping of Kola and Dougou potash ores in the administrative area of Madingou Kayes in the department of kouilou by Sintounkoula Potash company, represented by the chairman of its board of directors, Gaby Makosso Mouga.

Lastly, the third additional clause is about the operating licence signed on February 21, 2008 between Congo and Soremi ( a Chinese company for mining exploitation and research), represented by its general manager, Jing Guo. The ores to be exploited are those of polyme-tals (iron, zinc, copper and cobalt) of Boko Songho and Yanga-Koubenza (Mfouati) in the department of Bouenza.

The agreements aim at knowing the rights and obligations of the contracting parties. The signing of these agreements is taking place at a time when the Congolese economy is diversifying and so far depended by 80% on oils revenues. 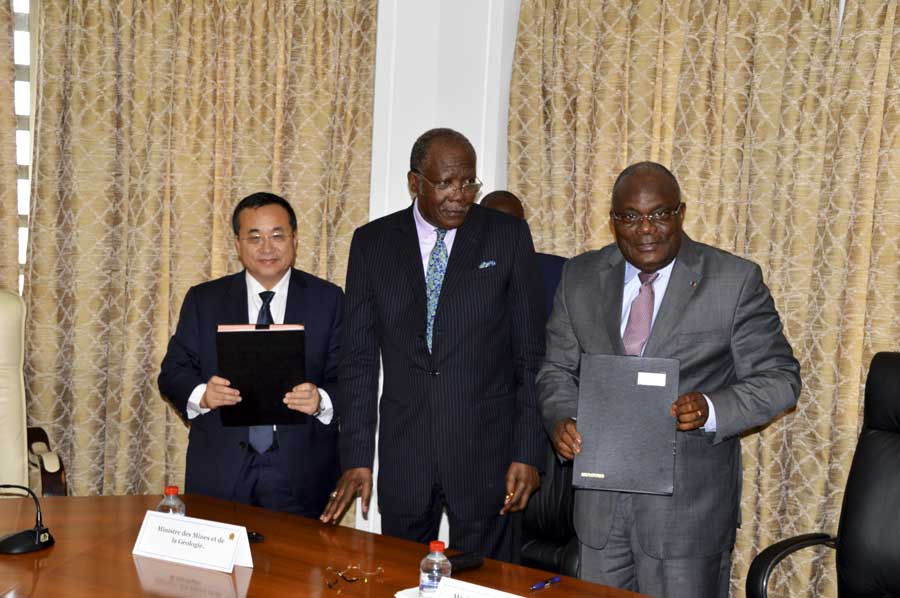