Under the chairmanship of Calixte Nganongo, Minister of Finance and Budget, assisted by his colleague, Ingrid Olga Ghislaine Ebouka, Minister of Planning, Statistics and  Regional Integration, in the presence of Abbas Mahamat Tolli, Governor of the Bank of Central African States (BEAC) and Michel Dzombala, National Director of BEAC, the National Monetary and Financial Committee held its first regular session, Monday 18 March 2019 in Brazzaville.

During this meeting, the Committee noted, in respect of public finance, an improvement of the budgetary balance, base commitments, excluding grants, to 3,0 per cent of Gross Domestic Product (GDP) in 2018, against a deficit of 8,2 per cent in 2017, in line with Government adjustments. Similarly, the debt ratio improved by 42,6 per cent points, to 84,7 per cent of GDP, agianst 120 per cent set by the IMF in 2017.

Nationally, the Committee noted an improvement in the Congolese economic situation, mainly as a result of the good orientation of oil sector activities. The non-oil sector remained depressed, thus suffering from weak domestic demand. According to BEAC's latest estimates, the growth rate of real GDP of the Congolese economy was 1,9 per cent in 2018 (including 24,1 per cent of the oil sector and -5,5 per cent of the non-oil sector), against -2,7 per cent in 2017. In terms of prices, the annualized inflation rate slightly strengthened, while remaining below the community standard, to 1,6 per cent against to 0,7 per cent in 2017.

At the external sector level, benefiting from a sharp increase in oil exports, the current account balance was 24,4 per cent of GDP surplus, compared to a surplus of 3,6 per cent of GDP in 2017.

Concerning the monetary situation, the Committee noted a decrease of 4,0  per cent in the money stock at the end of 2018, reflecting the decline in domestic credit of 2,9 per cent, despite an increase in net foreign assets of 13,9 per cent. However, as net foreign assets increased, the foreign currency coverage rate was 32,6 per cent in 2018, up from 27,6 per cent a year earlier.

Following the outlook, the Congolese economy is expected to continue its recovery in 2019, with a real GDP growth of 1,2 per cent, thanks mainly to the positive performance expected from the oil sector (+3,8 per cent) and the non-oil sector (+0,1 per cent). Concerning prices, a slight increase in inflationary pressures should be observed, while remaining below the community standard, to +2,0 per cent, after +1,6 per cent in 2018, in relation to the recovery of domestic demand.

Internationally, the Committee noted that the buoyancy of the global economic growth observed during the first three quarters of 2018 were slowed in the fourth quarter of 2018, in a context of worsening trade and geopolitical tensions, and a gradual tightening of financial conditions in rich countries, particularly the United States. 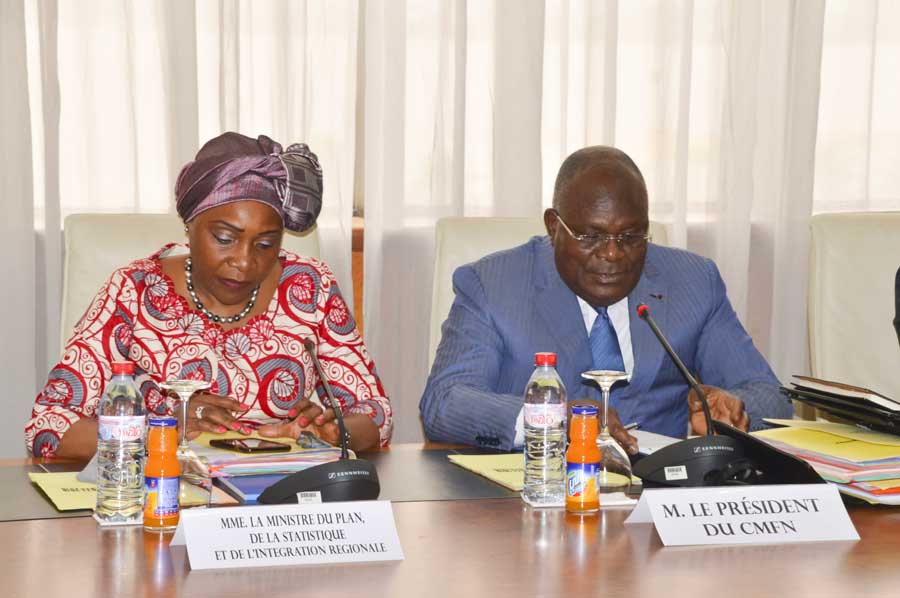