Oil sector - Signing of the production sharing Agreement of the Marine XXI between the Republic of Congo, the National Oil Company of Congo and the American company Kosmos Energy

The Government of the Republic of Congo, represented by the Minister of Hydrocarbons, Jean Marc Thystère Tchicaya, his colleague Minister of Finance and Budget, Calixte Nganongo and the Managing Director of the National Oil company of Congo (SNPC), Maixent Raoul Ominga, on the one hand, and the company Kosmos Energy, represented by its Chief Executive Officer (CEO), Andrew G. Inglis, on the other hand, signed the Production Sharing Agreement (CPP) on the oil field called "Bloc Marine XXI", located in deep sea, off Pointe-Noire.

With 3000 meters below the sea, Marine Bloc XXI is the deepest of all the licenses on the Congo offshore fields. Its area is about 2,351 kilometers square.

Kosmos Energy is an american company based in Dallas (USA). Specialized in oil exploration, it is the second american company to operate in Congo. Kosmos Energy has assets in Mauritania, Senegal and Surinam. It discovered one of the largest deposits, called "Jubilee", located in deep sea on the Ghanian coast.

To carry out its activities in the Republic of Congo, it put in place a branch called “Kosmos Energy Congo”. “We will keep our commitment as signed in this production sharing Agreement. We will build our local office and put in place our Foundation in Congo”, the CEO Andrew G.Inglis pledged.

On the occasion of the signing of CPP, the stakeholders also signed the Special Agreement on the bonus.

This ceremony, which took place on Monday, March 4, 2019, in Brazzaville, is the culmination of the promotion of the Congolese mining sector in 2016-2017. The license for the exploitation of liquid or gaseous hydrocarbons, Marine Bloc XXI was attributed to SNPC, and the company Kosmos Energy Congo had been designated as the operator of the license, after a tender process. 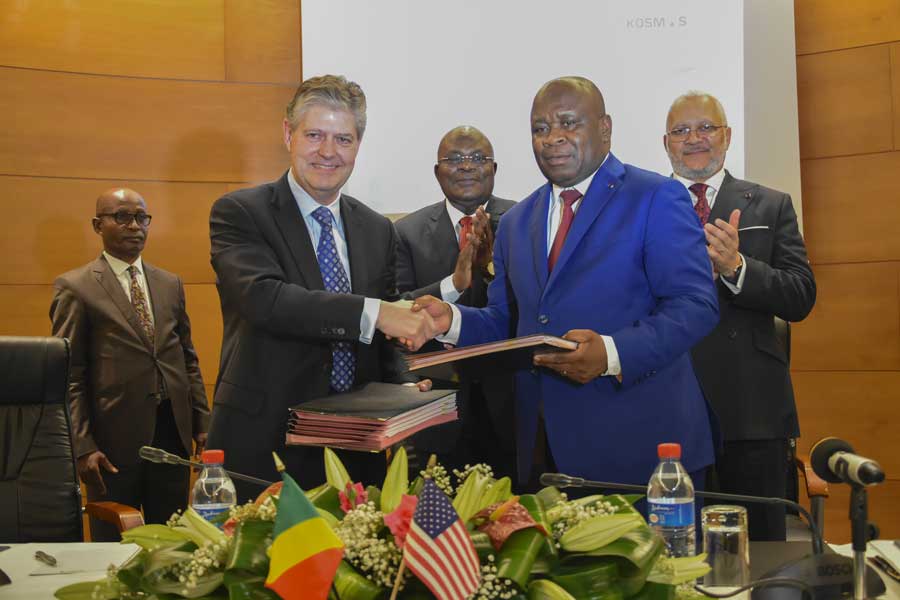