The 2017 finance law was unanimously voted on Thursday 29 December 2016 respectively by the two houses of the Congolese parliament. It is concluded in income and expenditure at the sum of two thousand seven hundred and forty-four billion seventy-seven million (2.744.077.000.000) CFA Francs.

According to Mr. Calixte Nganongo, Minister of Finance, Budget and Public Portfolio who is the monetary and financial authority, this is a budget marked by “prudence” because it is drawn up in a global economic context where the GDP growth level is weaker than foreseen due to the preoccupying economic and monetary situation related to fluctuations in world prices of raw materials, notably petroleum which constitutes 80% of the States revenue.

Faced with this difficult economic situation, the State decided to adapt its standard of living to mobilisable resources. This budget is therefore intended to fund, as a matter of priority, the revalorization of the salary scale of civil servants at 300 to meet Government's commitments to social partners; organization of legislative, local and senatorial elections; pursuit of ongoing projects deriving from the 2012-2016 national development plan implemented with development partners; funding of projects completed in previous but unpaid fiscal years and of certain ongoing investment projects and settling charges of internal and external commitments.

In this disturbing economic and financial situation characterized by the fall in the price of a barrel of oil, Government's efforts are geared towards mobilization of non-oil revenue. Tax revenue forecasts stand at 1.014.652 Billion Francs in 2017, including 804.62 Billion CFA Francs for domestic taxes and 210.000 Billion Francs for customs revenue. Current non-tax revenue stand at 509.938 Billion CFAF in 2017 as against 614.691 Billion in 2016, a decrease of 17.04%. 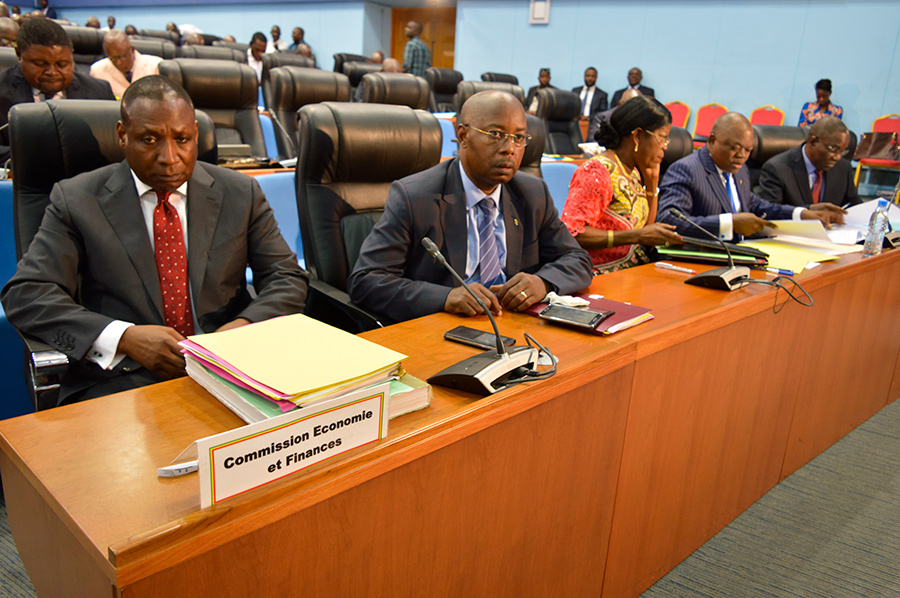