Thierry Moungalla, Minister of Communication representing the Minister of Finance, chaired the ceremony in preparation for the launching of the first issuance of free public securities by the Congolese Treasury. The ceremony took place on the 14 February in Brazzaville.

This operation, BEAC’s acting National Director Gatien Ondaye Obili said, marks the will of the Congolese authorities to meet the State’s funding needs through mobilization of internal resources. It should, he added, promote the effective conduct of BEAC’s monetary policy.
Moreover, Gatien Ondaye Obili indicated that implementation of the mechanism for issuing free-subscription public securities, replacing the system of direct advances to States, has three main advantages: modernization of the management of public debt; Expanding and diversifying the range of financial assets, and improving the effectiveness of monetary policy.

The issuance of free-subscription public securities, he added, is managed by four main players, notably the Treasury as issuer; BEAC’s national directorates whose role is to ensure the physical organization of auctions on behalf of national treasuries; The Unit for regulation and conservation of securities which serves as a central depository, and treasury specialists who hold subscription monopoly to primary issuance.
BEAC’s acting national director assured participants of the availability of the central bank to accompany the six CEMAC States in raising awareness, capacity building of financial administrations and technical and organizational assistance.

Taking the floor, Minister Thierry Moungalla acknowledged that government is convinced that the mobilization of all stakeholders and experts on the public debt market will greatly contribute to reflection on the issue of financing.
The challenge of the ceremony marking preparations for the official launching of the first issuance of free-subscription public securities, he continued, is to enable mobilisation of all funds in the various CEMAC countries in order to accompany the economic and social action of Congolese public authorities.
"In our country as elsewhere, fiscal policy is the main channel for disseminating economic growth and too many adjustments could have negative effects on economic activity as well as a high social cost. Our responsibility as a government is to support demand to avoid an excessively worsening situation, including productive capacity and job shortages. This first issuance of 8 Billion CFA francs in the free-subscription public securities market of the Congolese Public Treasury, contributes to the achievement of this objective” Minister Moungalla said.

In addition, he noted that the mechanism for free-subscription government securities provides an opportunity for CEMAC countries, particularly Congo, in that it enables: Borrowing at a lower cost, following auctioning of bids ; Borrowing in local currency by limiting currency risk; Mobilizing and recycling domestic savings in projects and programs of proven interest to the peoples of the sub-region; Diversifying investment instruments, particularly for investors in the CEMAC zone; Promoting the emergence of a financial culture, and improving the framework for the management of the State's treasury by modernizing the public debt management system. 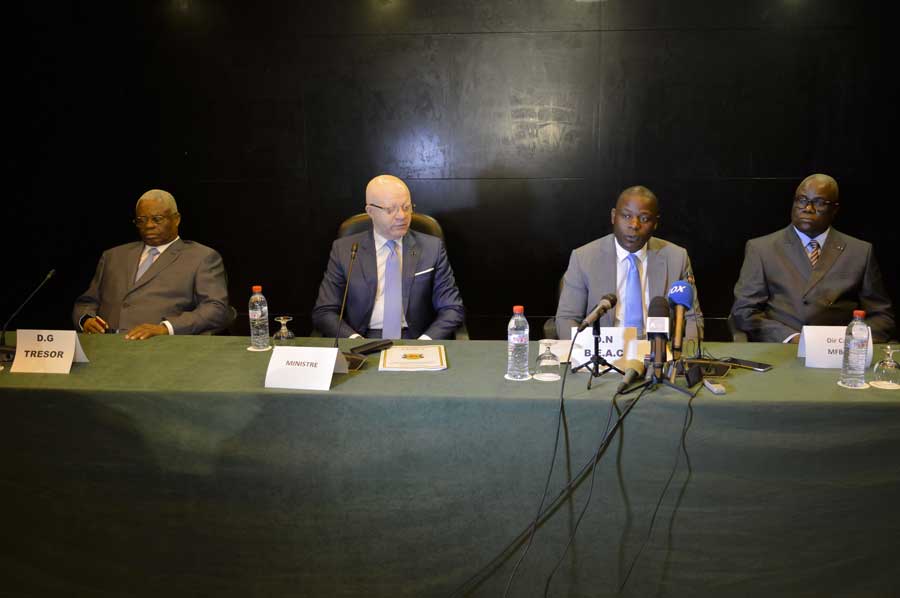