On January 8, 2018, the Minister of Finance and Budget , honourable Calixte Nganongo submitted the finance Act bill for 2018 before the 132 senators meeting since last January 5 for their second extraordinary session of the third legislature.

The budget revenues are then higher than budgetary expenditure for a total amount of 219 billion CFA francs , which represents an estimated budgetary surplus.

Treasury carrying costs are expected to amount to 979 billion 100 million CFA  francs against 379 billion  812 million CFA francs in 2017, a sharp increase of 599 billion 288 million CFA (+157.79%) due to  debt servicing and to the constitution of provisions for currency reserve.

Looking for funds to fill the gap is the main difficulty to cope with in 2018. Due to the fact that the deficit is the consequence of the high level of the external debt servicing, the government will endeavor to focus on negotiating with Congo donors, so as to get an external debt restatement  to make it sustainable.

Main aims to be achieved

The 2018 finance Act bill  four main  aims are as follows: reducing the non oil sector primary deficit; achieving budgetary discipline and expenditure streamlining, improving the performance of excise departments, mastering the policy of indebtedness  and of a firm management of the debt,  as well as the strengthening of the financial system.

As a reminder, the Congolese state budget draft for 2018 was submitted  late for review for a second reading. It was submitted on January 6, 2018 for its first reading to the national assembly, whereas it was waited one week before the opening of the ordinary budget session, which took place from October 16 to December 23, 2017. "The delay is due to the need to have a common macroeconomic framework with the international Monetary Fund for the conclusion of an economic and financial programme for Congo. The framework allowed to draft the finance Act bill. From  December 5 - 20, 2017 in Brazzaville, the government got involved in the second negotiations round with the IMF", said the Minister of  Finance and Budget.

Press department of the du Ministry  of  Finance 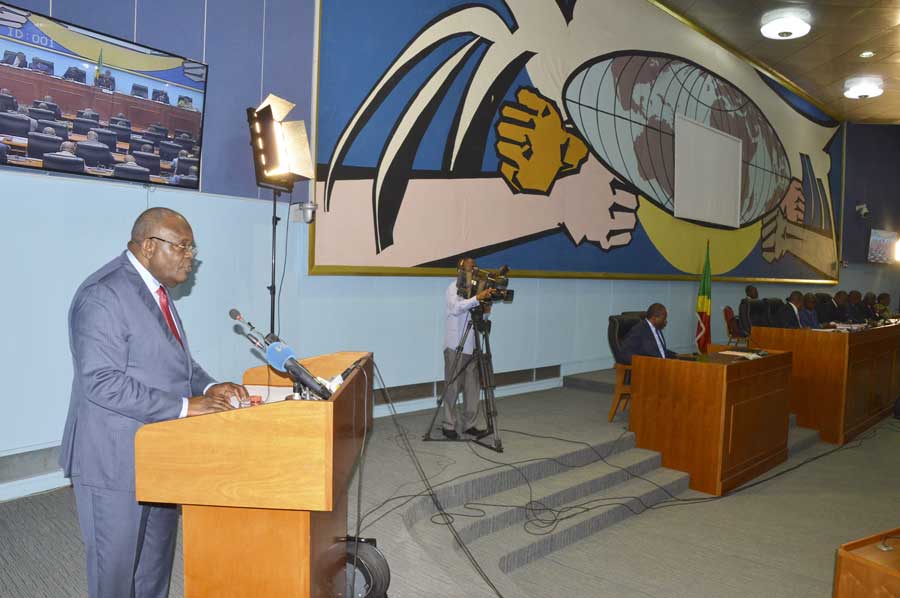