"I will not wait until April 2022 to implement the Agency's Statutes", Dominique Ursel Tsono Ndzalé pledges
07 Apr, 2021

One week after his appointment, the new Director General of the Agency for the Regulation of Remittances (ARTF), Dominique Ursel Tsono Ndzalé, was installed on Wednesday 7 April 2021 by Henri Loundou, Director of Cabinet of the Minister of Finance and Budget, Calixte Nganongo. He replaces Philippe Ngoma, outgoing DGI and current Director of Inspection, Statistics and Studies.

The ceremony took place in two phases: first, the signing of documents by the outgoing and incoming DGIs, and by the Director of Cabinet, in the building housing the ARTF meeting room. Second, the actual installation of DGI Tsono Ndzalé in his chair.

"By virtue of the powers delegated to me, I am installing you in your duties," Henri Loundou said. "April is ARTF month," he recalled. Because the Law establishing the ARTF dates from April 2012; the ARTF Statutes were drawn up in April 2019; and your installation takes place in April 2021," he continued.

After thanking the outgoing DGI Philippe Ngoma, for having led the Agency for 6 months since the death of DG Raphaël Jean Robert Massamba-Débat (which occurred on Thursday, October 6, 2020), Henri Loundou prescribed to the new DGI, among other missions, "to enforce the ARTF Statutes, by obtaining from the supervisory authority the appointment of the deliberative organ of this entity, i.e. the Management Committee. The State relies heavily on the ARTF," Henri Loundou said.

"I will not wait until April 2022 to implement the Statutes. I am no stranger to this house, because I have worked with ARTF from a distance for a long time! Life is about change and continuity. I replace a DGI: today it's me; tomorrow it will be someone else. Because you are never eternal down here. I am committed to working in hand in the glove with my close aids to achieve the objectives set," Dominique Ursel Tsono Ndzalé said. 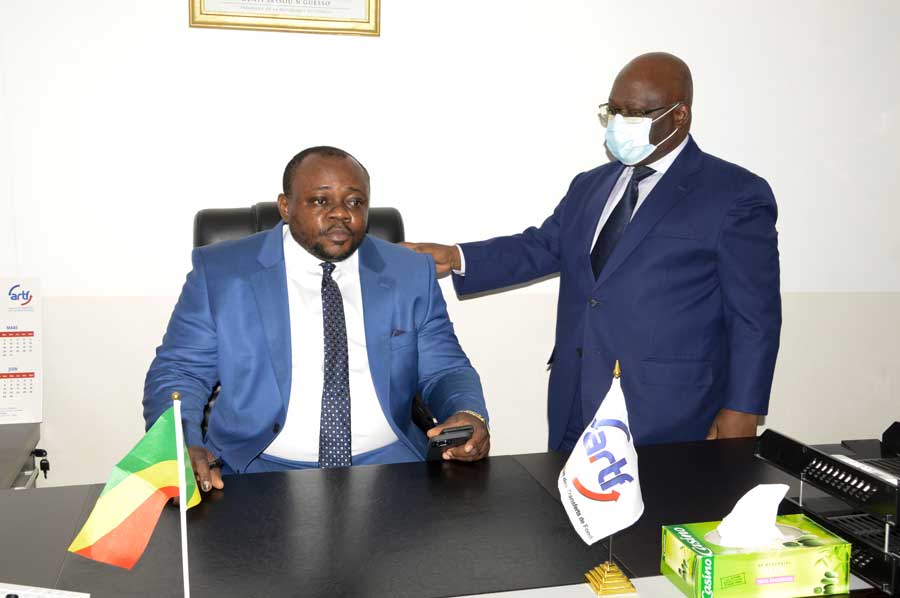