53th FAGACE Board of Directors Ordinary Session in Cotonou

The participants submitted 10 recommendations to the Board of Governors, including the approval of financial statements for the 2018 financial year showing a net profit of 111 million 233 thousand 239 F CFA
20 Jun, 2019

The 53thordinary session of the Board of Directors of the African Guarantee and Economic Cooperation Fund (FAGACE), which took place on Thursday 20 June 2019, was predsided over by the outgoing president Hilaire Mavoungou, budget adviser at the Congolese Ministry of Finance. This session was held as a prelude to the 11thordinary session of the Board of Governors of the Fund, which took place on Friday 21 June 2019. The recommendations of this Board include the approval of the financial statements of the 2018 financial year showing a net profit of 111 million 233 thousand 239 FCFA.

The nine (9) other recommendations concern the adoption of the Minutes of the 10th ordinary session of the Board of Governors, the allocation of the net profit of the 2018 financial year to the anew deferral account of 111 million 233 thousand 239 FCFA, the adoption of the call for a new tranche of capital of 25 billion FCFA. The remainder of the recommendations consists of giving full and unqualified discharge to the Director-General, the Board of Directors and the Statutory Auditors for the year ended 2018, adopting the renewal of mandate of the AAA-Benin and Deloitte-Benin, for the next two financial years (2019 and 2020) under the same financial conditions, approving the Regulatory Agreement signed with the Togo Recovery Company (SRT), authorising the Board chair to signed the Performance Agreement with the Director-General, allowing the term of office of Congo and Chad  to be extended respectively to the president and the vice-president of the Bureau of Governors' Board, adopting, finally, the new Board of Governors rotation schedule submitted.

During the 11thordinary session of the Board of Governors, Calixte Nganongo, Minister of Finance and Budget and outgoing President-in-office of the Board, gave a mid-term review of the new strategic plan of FAGACE 2017-2020 adopted in September 2017. Significant results include: the settlement of disputes with partner banks, the resumption of operational activities with approvals in 2018 of 8 billion 059 million FCFA, including 6 lines of guarantee set up in banks to promote access to credit for small and medium-sized enterprises (SMEs), the co-option of 2 independent administrators at the Board of Directors’ level, the creation and establishment of specialised committees, as well as the charters governing them. These include the audit committee, the guarantee committee, the governance and compensation committee, and the redesign of core texts, include those relating to human resources and operational activities, the reduction of losses by the so-called “accordion blow” decision.

According to the outgoing President of the Board of Governors, the first indication of the appropriateness of this approach is the pre-rating of the Fund with the achievement of a BBB+ investment score in the long term, with apositive outlook, and A2 in the short term, with a stable outlook. The second indication is the achievement in 2018 of a net profit after several successive deficit years. 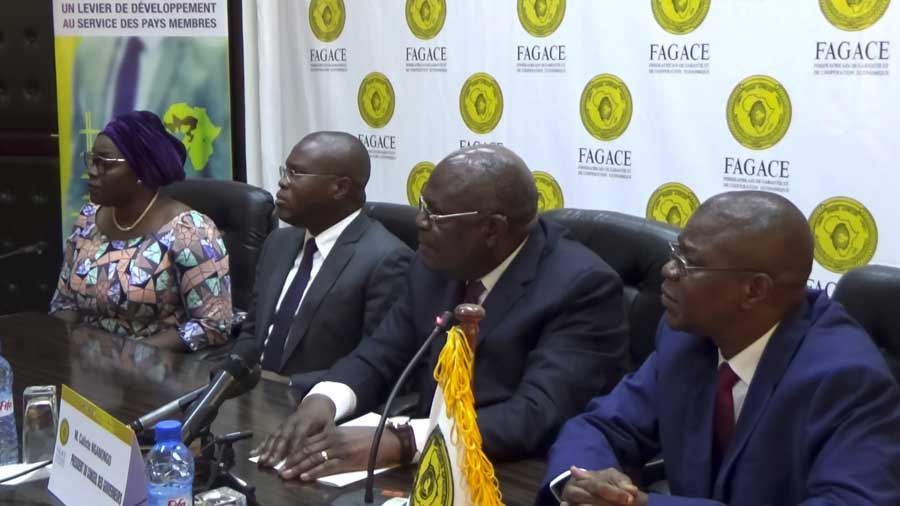