A seminar on mutual pre-assessment of the second cycle of the fight against this scourge in Congo opens in Brazzaville
05 Aug, 2019

Calixte Nganongo, Congolese Minister of Finance and Budget, a statutory member of GABAC, opened Monday 5 August 2019 in the Congolese capital city, a seminar for pre-assessing the mechanism for the fight against money laundering and the financing of terrorism in Congo. On this occasion, he received the Technical Compliance Questionnaire from Etienne Tabi, Permanent Secretary of GABAC.

This seminar prepares the second cycle assessment, after the first cycle mutual assessment in Congo, materialised by the on-site visite of the GABAC members, from 9 to 17 March 2015.

During five days, a hundred of states and non-state participants will work on about ten issues. Among other: the assessment process of the financial action task force (GAFI), by Frank Régis Tounda-Ouamba; key issues for the country under mutual assessment, by Salomon Ndjé; risk and context, by Etienne Tabi; the Technical Compliance, by Arsène Sendé; effectiveness: principles and processes, by Aigongue Djenguebaye and Max Monka; the information on effectiveness, by Anges Locko; immediate outcomes, by the Permanent secretary of GABAC; processes and procedures of mutual assessment of GABAC, by Jean Bertin Meba; preparation of the on-site visit, by the latter;...

“A National Risk Assessment Process (ENR),which is preliminary to the second cycle assessment that Congo is preparing for, was launched by ENR on May 16, 2018, with the assistance of the World Bank. This process is now in its final phase and its report will be available in the coming weeks“ Calixte Nganongo announced. „The national financial system, through the actions of several local administrations and other regulatory instruments, is continuing to migrate towards ever stronger standards in this area; much more a policy coordination committee on combating Money laundering (LBC) was created by presidential decree N0.  2018-261 of June 2018, to monitor the effective implementation of prudential diligence by various stakeholders, States and non-State. This tool strengthens our country's compliance with Recommendation N0.1 of GAFI, which states that" countries should identify, assess and understand money laundering and terrorist financing risks to which they are exposed and should take action, including the designation of an authority or mechanism to coordinate risk assessment actions and mobilise resources to ensure that risks are effectively mitigated“ he said.

Accordingto GAFI methodology, in order to be effective, a system for combating money laundering and terrorist financing (LBC/FT) generally requires that some structural elements be in place, such as political, a high-level political commitment to discuss money laundering and terrorist financing issues, and a competent, independent and effective judicial system. "Congo is increasing its efforts to reach this deal", the Congolese Minister of Finance said. 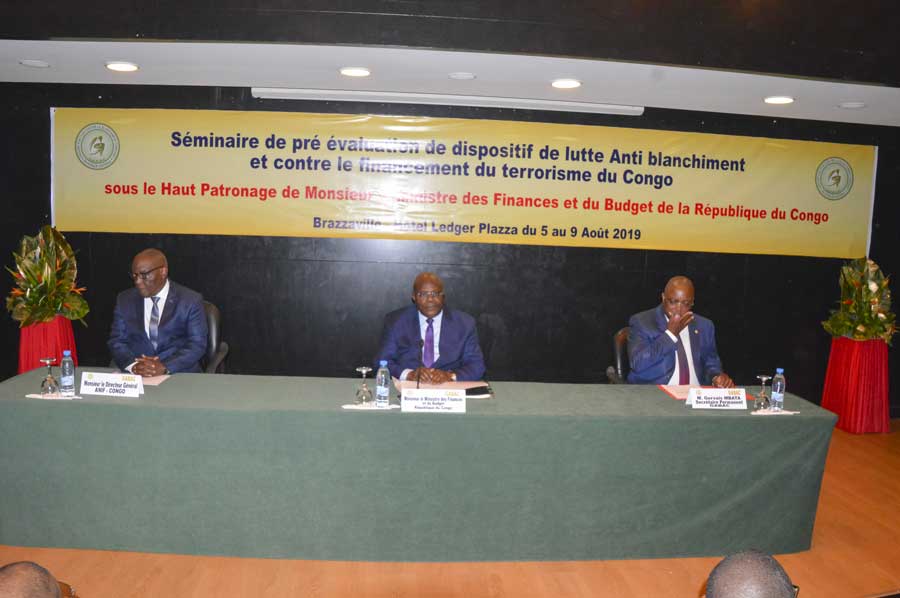