Adoption of the amending budget for the year 2022 in Parliament

The Draft Amending Budget of the State for the year 2022 has been voted unanimously and without any amendments
28 Jul, 2022

The Amending Finance Bill of the Republic of Congo, for the 2022 fiscal year, was voted unanimously and without amendments in plenary sessions last week in Brazzaville. It was, respectively, Wednesday 27 in the National Assembly (chaired by Isidore Mvouba) and Thursday, July 28, 2022 in the Senate (led by Pierre Ngolo). In the presence of three Members of the Government team; in this case, Pierre Mabiala, Minister of State, Minister of Land Affairs and State Property; Rigobert Roger Andely, Minister of Finance, Budget and Public Portfolio; and Ludovic Ngatsé, Minister delegate for the Budget.

This Draft Amending Budget, which has just been adopted by the Members of Parliament and senators (one week after its presentation, Tuesday, July 19, to each of the two Houses of Parliament, by the Minister of Finance, Budget and Public Portfolio).The European Union has a budget of CFAF 2.825 million, amounting to CFAF 2.825 million in revenue and CFAF 2.050 million in expenditure.

Approved in a context marked by the effects of the Corona virus pandemic (Covid-19) and the Russian-Ukrainian war, this draft budget is intended, for the remaining six months of 2022, to fund, among other things, the Government’s Emergency Plan in the face of the food and energy crisis resulting from this war; the repayment of Congo’s debt to the International Monetary Fund (IMF) and to economic operators (in respect of external debt);…

It should be noted that the Government Emergency Plan provides for the maintenance of roads for the transport of agricultural products from production basins to major consumption centres (cities) and the 100% State subsidy of the extra cost of bread and a litre of fuel. This has not failed to raise concerns among about the Government.

Some questions from Members of parliament

First, the National Road No. 2 (RN-2), which is still not fully rehabilitated.

On this subject, the Minister of Finance indicated that, for the dry season work, 32 billion CFA francs were taken from the second tranche of disbursement of the IMF (paid on 24 June 2022). “The rehabilitation of this line of communication is indeed taken into account by the Government, especially as it will allow access to Cameroon and the Central African Republic (CAR) through Corridor 13,” Rigobert Roger Andely said.

Then, the failure of agricultural policy since the 1960s through the organization of farmers into groups.

In response, the Minister of Finance of Congo has recognized the sensitivity of the agricultural sector for millennia. He recalled the limits of the experience of the Sovkhozes and other Kolkhozes in the former Soviet Union (…). In short, “the farmer needs to make a living from his trade; that is, to sell his goods and earn a living from it. But in order to do that, it would have to be accompanied by the State. And that is what the Government is trying to do. Meetings are planned to discuss the methods of use of the resources that the State has made available to agricultural operators”.

Other concerns of parliamentarians: the duration of State subsidies to stabilize the prices of basic necessities. “With regard to oil products, the State has enough maneuvers to hold out, because oil (of which Congo is a major producer) is now well sold”.

Finally, the interlocutors of the Government were concerned about the resources required for the installation and operation of the departmental and municipal councils responsible for animating the local authorities in the aftermath of the local elections in July 2022. Minister Andely took note of this complaint. “Financial resources will be made available for the functioning of local communities,” he reassured. 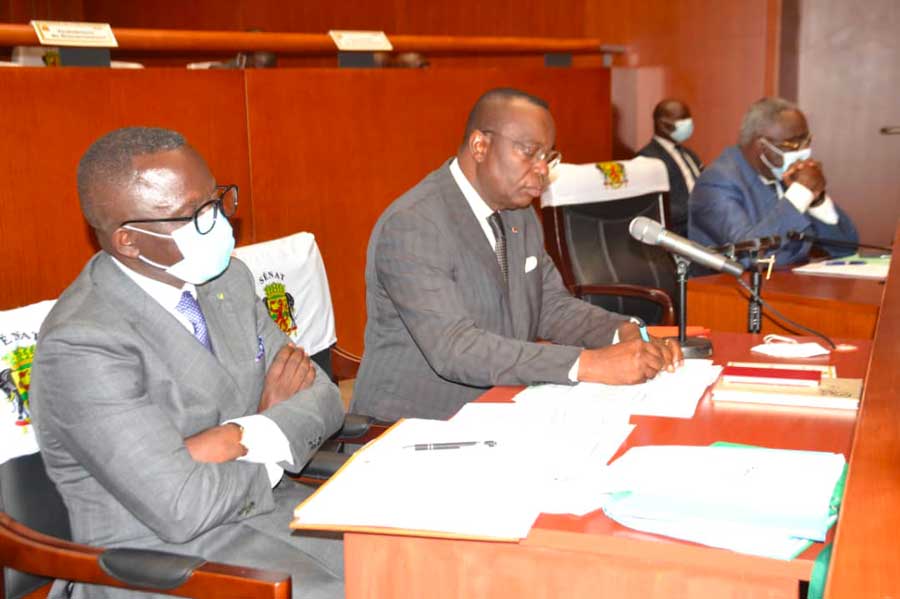