The Congolese Minister of Finance and Budget, Calixte Nganongo, in his capacity as President-in-office of the African Guarantee and Economic Cooperation Fund (FAGACE), was received in audience by the Head of State of the Central African Republic, Faustin-Archange Touadéra, on 9 June 2019 in Bangui (Central African Republic).

During the audience, the President-in-office of FAGACE, Calixte Nganongo reported on the Fund’s current situation, in order to obtain support for the implementation of projects. In particular, to encourage the accession of Gabon and Equatorial Guinea, and support FAGACE in the ongoing reform process.

As a reminder, The African Guarantee and Economic Cooperation Fund (FAGACE) was created in 1977 by the Heads of State. It has 14 Member States, including four countries from the Central African Economic and Monetary Community (CEMAC), namely Cameroon, Congo,  Central African Republic (CAR) and Chad.

CAR is one of the FAGACE’s founding States, along with Benin, Burkina-Faso, Côte –d’Ivoire, Niger, Rwanda, Senegal and Togo. 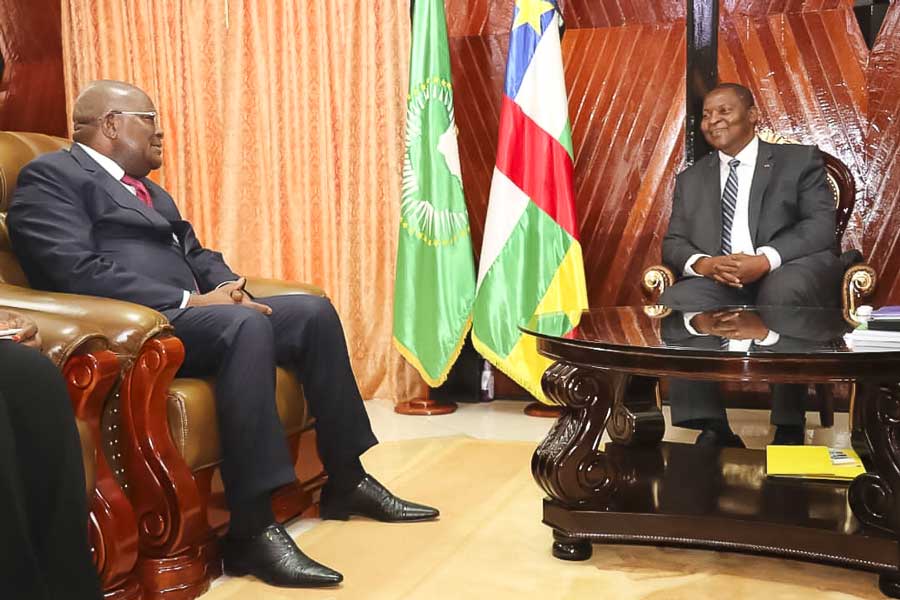