The full-scale test phase, presented to large corporate taxpayers
27 May, 2020

Opened by Sylvain Lékaka, Director of Cabinet of the Minister Delegate in charge of the Budget, and closed by Ludovic Itoua, Director General of Taxes and State Property, the Awareness-raising workshop for the launch of the new Tax Management System (E-TAX), was held on Wednesday, May 27, 2020 in the conference room of the Ministry of Foreign Affairs in Brazzaville.

This workshop, which was attended by Guy Noël Londongo, Director of Information Systems in the Ministry of Finance and Budget, was marked by the general presentation of the E-TAX solution and the Taxes business lines, given by Lambert Ifoko, Director of Corporate Taxation, user-project manager (E-TAX), and by the presentation-demonstration of the functionalities of the internet-tax portal of this platform, by Chancelvy Mobanda.

According to the Director of Cabinet, the objective of this workshop was to involve taxpayers in the full-scale test phase of the Value Added Tax (VAT) module, after having maintained a constant dialogue with them on the merits of this reform, since it is the result of a strong demand from their respective managers.

From this test, he continued by addressing representatives of large corporate taxpayers such as mobile phone companies (MTN, Airtel), banks (Banque Postale du Congo, Société Générale-Congo, UBA), and others such as SIAT, "you are expected to take the following actions: to test the E- TAX solution in order to test its robustness; to verify that the proposed solution meets all the concerns of your structures, from the point of view of the specific business lines that you carry out; to ensure that there is no regression between the proposed functionalities and those of the former Taxation System (SYSTAF); to report on the ergonomics and manageability of the solution. In other words, let us know if it is intuitive enough to allow a better appropriation by the taxpayers; report all useful remarks that will allow its improvement".

Add to these objectives of the workshop, the interest of this E-TAX solution for all the actors, namely : the interconnection of financial authorities to facilitate controls and promote fiscal citizenship; the centralization of information systems, in order to avoid the multitude of isolated applications, which weakens the security of information and encourages arbitrariness and corruption; the automation of procedures which aims to limit contact with users and brings fluidity and attractiveness in the use of the proposed solution; the personalized management of taxpayers' files online, allowing them constant access and monitoring in real time, 24/24 and 7/7.

During the interactive exchanges, the participants in the workshop suggested, among other things, the revision of the distribution of the additional cents per department or locality by involving the managers; the respect of the deadlines for tax declarations, between the 1st and the 20th of each month; the appointment of a single agent by the legal representative of a taxpayer company,... 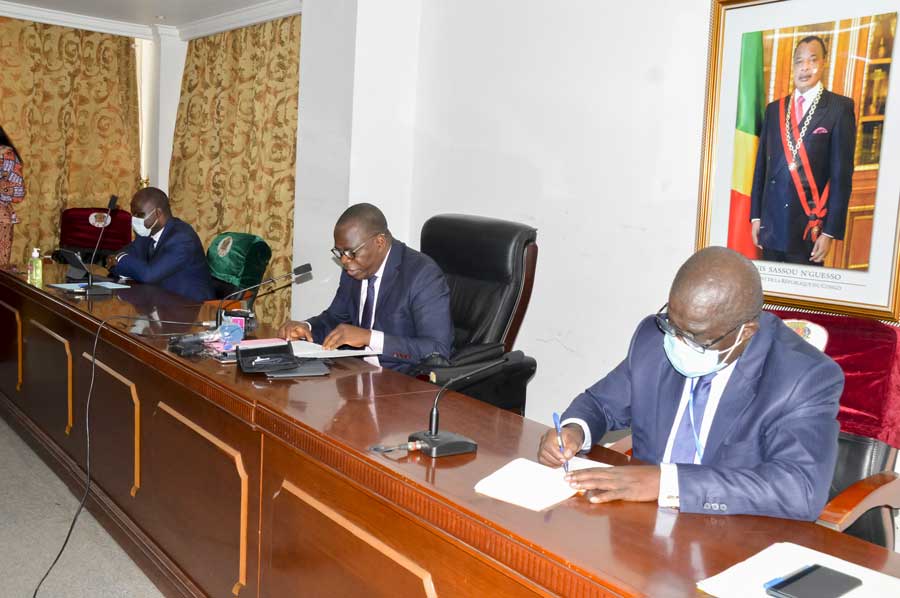