The documents of the agreement were signed by Pierre Moussa, chairman of the CAEMC Commission and  by honourable  Henry Yav Mulang, Minister of finance of the DRC  who was with his fellow countrymen  Emmanuel Ramazani, deputy prime  minister of  the  interior and security and Alexis Tambwe Mwamba,  Minister of state in charge of  Justice  and Keeper of the seals.  Honourable Calixte Nganongo, Minister of finance, budget and public portfolio  of the  Republic of the Congo, the host country, also attended the ceremony.

The latter and  the member countries of GABAC were happy as the process for the DRC membership came to an end and  about the will and the common interest of CAEMC and  DRC to work together and use their intelligence  for fighting  money laundering  and terrorism financing. "The proud of the parties  ought to be greater  as the agreement is the first step  translates the will of the presidents of CAEMC  and CEEAC  to rationalize  the policies, programmes  and instruments  of integration of  the sub-region. Their will has led to the issue of the joint decision referenced  - nº 01/CEEAC/CEMAC, March 31, 2015" said honourable Calixte Nganongo, current chairman of GABAC.

The DRC, a non member country of CAEMC, applied for membership of GABAC, a body of CAEMC, in November 2015 in Brazzaville. The minister of finance of the DRC said that : "it is due to the fact that realizing the danger the following scourges- terrorism and money laundering ) represents for its political , economic and stability and for the sub-region of Africa, the DRC is strongly committed  to fight economic and financial crime and multiform terrorism financing by setting up an internal  legal and operational framework. Though it has already achieved some positive results, the DRC is aware that the framework that has been set up is not enough and that it is an illusion to expect good results when working alone. To  achieve its aim, to become more efficient  and to put an end to this scourge, the fight has to take place within a broader framework , notably through cooperation  and exchange of information ". The head of the delegation  of the DRC, Emmanuel Ramazani further said-  "the DRC, a member country of CEEAC is, due to the fact that it is close to the following  CAEMC member countries  (Cameroon, Congo, Gabon, Equatorial Guinea, CAR, Chad)  working with them in order to fight terrorism and money laundering".

The  main  event of  the ceremony on September 5, 2017 was the decoration of Messrs  Desire Geoffroy Mbock ( Permanent Secretary of GABAC) and André Kanga, Manager of  the National  Agency for Financial Investigation ( NAFI) of Congo-Brazzaville  as commander of the national order of merit and of Mr. opera Kanga Christophe  as officer for their achieve-ments in the fight against  money laundering and the financing of criminal activities.

Press department of the Ministry of  finance and budget 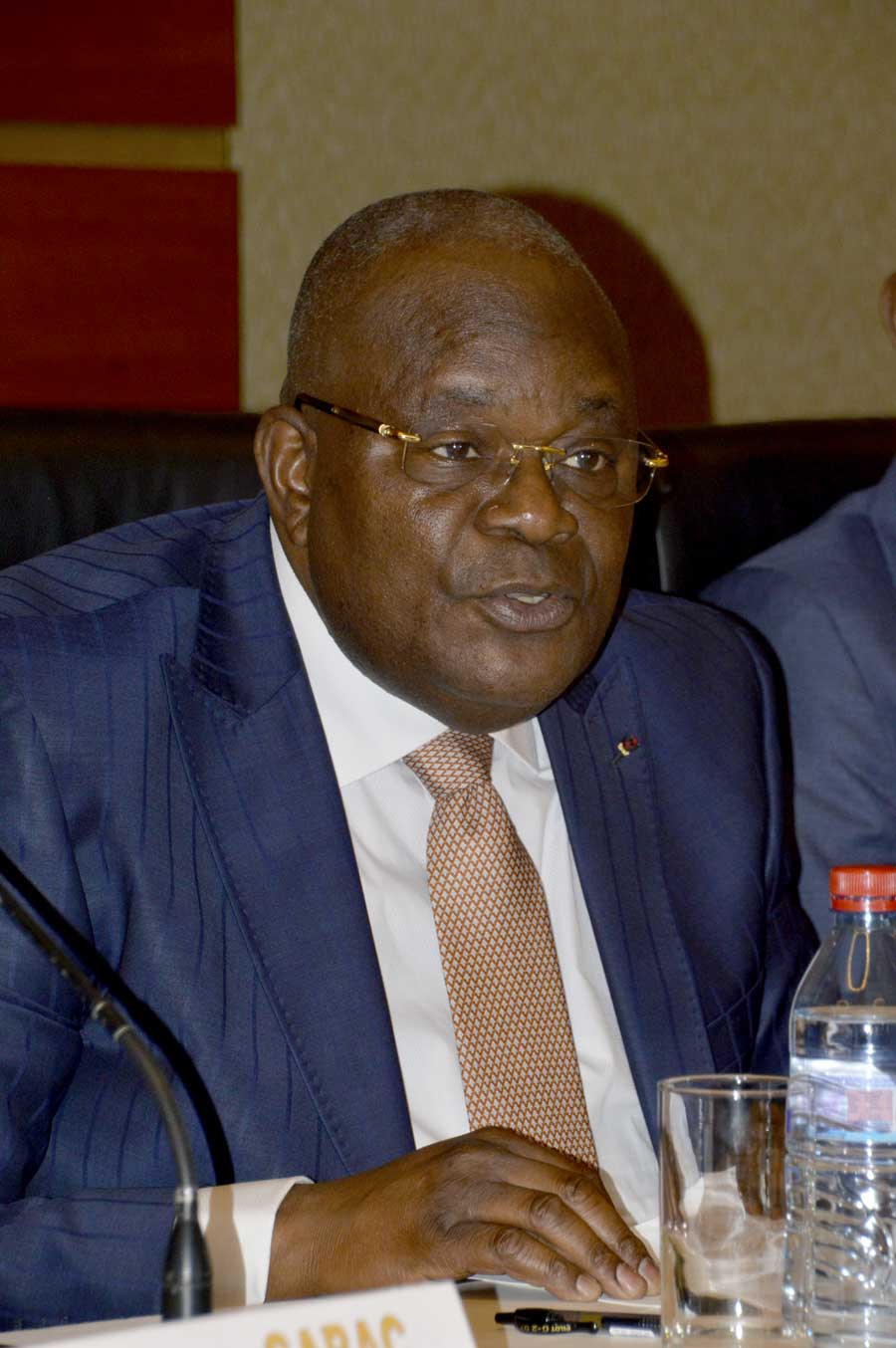