The Chinese company Zheng Wei is specialized in civil work and was led by its general manager at the meeting with the Minister of Finance and Budget, Calixte Nganongo, on Saturday, September 23, 2017.

On this occasion, he told his interlocutors about the Congolese government's will to deal with erosion in the major cities of the Congo within a short period of time,  especially Brazzaville and Pointe-Noire, at this time of rainy season. The issue will be dealt with along with his colleague in charge  of public works, regional development and large projects , honourable Jean-Jacques Bouya," Minister Calixte Nganongo said.

The Chinese company Zheng Wei was invited to present to the two ministries involved in the matter a comprehensive overview of the major targeted erosion.

As a reminder, Zheng Wei is known to the Congolese public for having carried out major projects, among which the modern Maya Maya airport terminal,  the social housing units at Camp Clairon and Mpila, the new Lycée de la Révolution in Brazzaville, as well as the building of various stadiums in the main towns of the Congolese of administrative departments. 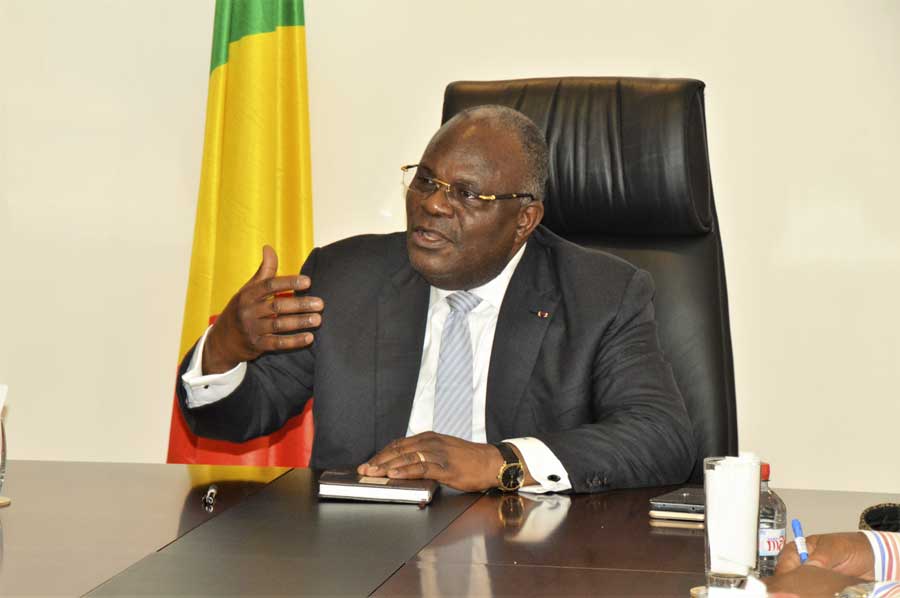