The Council of Ministers met on Wednesday 3 July 2019 in Brazzaville, under the authority of the President of the Republic, Denis Sassou-N'Guesso. Among the nine (9) items on the agenda were the two-part communication by the Minister of Finance and Budget, Calixte Nganongo. The first part dealt with the implementation of the State budget, 2019 financial year, as of 31 March. The second component concerns the protection of the Medium-Term Budget Framework (CBMT) 2020-2022.

As regards the first part this communication, Calixte Nganongo reminded the Members of the Council of Ministers that the Report on the state of implementation of the State budget as of 31 March, for the financial year 2019, was prepared in accordance with the provisions of section 83 of the organic law N0.36-2017 of 3 October 2017, on financial laws.

This section states that “the Government shall provide to Parliament, for information and control purposes, quarterly reports on the implementation of the budget in revenue and expenditure, and on the application of the Finance Law. These reports are available to the public.”

The objective of this budget is to reduce the basic primary non-oil deficit by improving and securing non-oil internal revenue, and controlling expenditure.

The control of the level of expenditure is ensured by the implementation of 3 main measures, namely: implementing the precautionary reserve (20 per cent) on annual appropriations; subjecting subsidy and other transfers, excluding remuneration, upon the taking of ministerial orders; the level of revenue collection.

However, there was a slight acceleration in the consumption of goods and services in the first quarter of 2019.

As regards the execution of the State budget as of 31 March, the overall budget balance is a surplus of 185.8 billion FCFA for an annual forecast of 504.2 billion FCFA, or an annual rate of 36.9 per cent and 95.9 per cent of the quarterly target.

The basic primary excluding oil balance shows a deficit of 77.7 billion FCFA.  It shows that the budget is oil-dependent, and calls on the need to diversify the economy and in particular to boost the non-oil sector.

Despite the appreciable progress of the overall budgetary balance, the issue of debt repayment remains intact.

About the Medium-Term Budget Framework (MTBF)

CBMTis an instrument for budget planning, provided for in section 9 of the organic law N0.36-2017 of 3 October 2017 on financial laws, which is part of the cycle of preparation of the State budget of the year. Its main objectives are to establish the financial constraint by indicating the need, if not the financing capacity, on the basis of realistic economic assumptions, covering a minimum period of 3 years; and provide the revenue and expenditure trajectory according to the budgetary orientation defined.

For the period 2020-2022, CBMT takes as its budgetary orientation the stabilisation of the economic and financial situation based on budgetary adjustment. The related fiscal policy is anchored in a reduction of the non-oil primary deficit, while strehghtening support for social sectors, the restoration of foreign exchange reserves to three months of imports and the sustainability of public debt.

Macroeconomic assumptions for the oil sector decline as follows: production would average 134.0 million barrels per year between 2020-2022; the Brent price would average 58.3 dollars over the period; average discount applied to Congolese oil would be 2.6 dollars per barrel; the average congolese crude price is estimated to be around 55.7 dollars with an average exchange rate of 555.2 FCFA per dollar.

The projection of budgetary revenue over the period 2020-2022 would average 2.184.6 billion FCFA annually.

Expenditure on the State budget would increase at an average annual rate of 3.1 per cent to an average of 1.656.9 billion FCFA over the period.

For the period 2020 to 2022, public finance management would see a gradual reduction in the deficit of the basic primary non-oil balance. It would average -7.4 per cent of GDP. There is a projected annual average primary surplus of 9.0 per cent of GDP which should be used to meet debt redemption and community objectives in relation to monetary stability. This would result in an average financing requirement of 782.6 billion FCFA, which should be covered by debt structuring, budget support and project loans.

However, an average gap of 255.1 billion FCFA would remain to be financed by concessional borrowing. 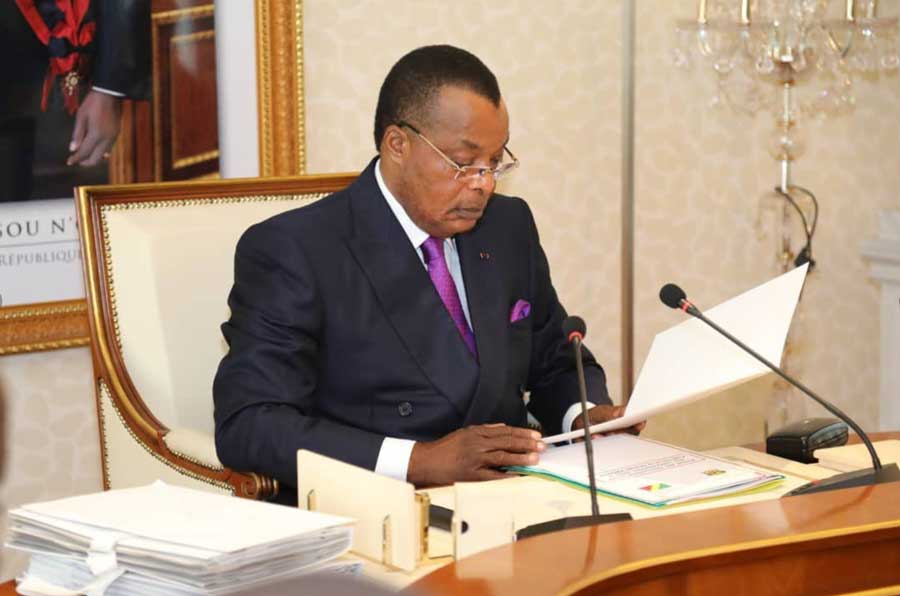