The Minister of Finance and Budget, Calixte Nganongo, visited the autonomous  payroll counting center of the Army and the  Gendarmerie on Saturday, February 24, 2018  in Brazzaville (Republic of the Congo),  along with  his fellow in charge of national defense, Brigadier General, Charles Richard Mondjo.

The center  is a fruit of the cooperation  between Congo and France and aims at mastering the number of military men and constables, so as to avoid  experiencing more cases of fraud  noticed in the law enforcement officers payroll in 2006. The center has a payroll software, with two programs , a countdown program and an operating one, said Pascal Fonteneau, a national of France, who is the designer of the software and also made a presentation on it. s

According to him , the software is protected by  six features : the password, the number of buttons for  control and  validation, and the  information  research capacity   so as to detect  possible allowance stealers. At the end of the presentation, the  Minister of Finance and Budget said that he was happy about the presentation and the job done by the Center, which has been on an experimental  phase since May 2016. He wished the software would  be as reliable as possible so as to reduce payroll frauds, that  cause the  loss of the State income, by getting it rid of  deserters, fictive people and deceased  ones.

« The task of mastering the number of civil servants has already been jointly carried out partly with my colleague of the civil service and reform of the state, Aime Wilfrid Bininga, for state civil officers. I would the job be underway  with the involvement  of the Minister of Defense, who is here, as regard law enforcement officers pay», said the Minister of Finance and Budget, honourable Calixte Nganongo.

At the end of the presentation, the two ministers visited the building  R+1 hosting the Center, guided  by  the executive director  of the finance administration,  the Commissioner in Chief -first class, Eugene Alain  Yves Aignan Mpara, along with  the head of harpoon  section  Harpon of CADS, Captain Claude Roger Dussaud.

Press department of the  Ministry of Finance 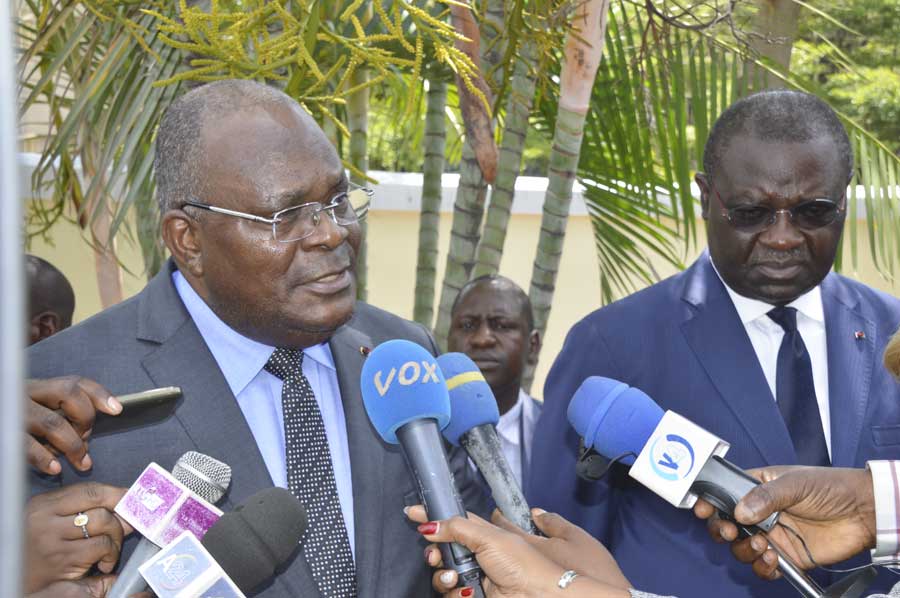