The conference was held on Wednesday, February 28, 2018 in Brazzaville by the Minister of Finance and Budget, honourable Calixte Nganongo. Congolese executives and three experts from the Rwandan Ministry of Finance and Planning also attended the conference.The experts made presentations on many themes.

The reforms aim at setting  up a modern legal  and tax framework, which takes into account economic developments by  drawing inspiration from best international practices. The tax framework will have to be incentive-based so as to attract  foreign direct investments, to mobilize more resources from the non oil sector  and to broaden the tax base.  Among the reforms which are intended, they are the  updating and the modernization of the existing tax system trough the updating of the tax code.

The executive director of economy, Antoine Ngakegni, one of the speakers on the Congolese side, made a presentation on « the Congolese economy : recent development and perspectives», one of the themes selected by the first panel entitled : « the Congolese economy and the drop in oil income».  His fellow countryman , Lambert Ifoko, director of big companies tax in the general directorate  of  tax and land, made a presentation on  the theme : the VAT law, 20 years later,  assessment and perspectives». This theme was the second one out of the four selected for the second panel on « the reforms to carry out  in order to mobilize  internal resources ».  As for Guy Noel Londongo, director of the inforrnation system  at the Ministry of Finance, he made a presentation on « the reform of the integrated system  of public finance  management - ISPFM», one of the themes selected for the third and last panel  of the conference entitled  : « perspectives for a better budget management»

The Rwandan experts, Charles Kagame, deputy auditor  at the Rwandan Revenue Office, Viateur Nzabanita, officer in charge of reforms and  accounting issues at the Agency for the Promotion of Investments (API)  and  Placide Mukwendé, deputy Coordinator of IFMS in Rwanda also made presentations at the conference.

What needs to be kept in mind following their presentations  is the fact that  Rwanda made reforms  in which the Head of state, Paul Kagame himself got involved. This is to say that the prerequisite for a successful reform is political will. The reforms carried out are as follows :

Visitors are potential investors.  Rwanda has no access to the sea and offers many opportunities  thanks to the improvement of the business climate. As such, Rwanda's rank in the  Doing business rating is good. As a consequence, American or Chinese investors come and build their plants and then export their goods from Rwanda.  This policy aims at reducing  imports  and opting for  made in Rwanda  through campaigns.

The other reforms are about the increasing availability of a qualified manpower, the adoption of an overall policy of decentralization of public services. In a nutshell, the list of reforms is long.

«During the conference, the key point  has been to create a platform for  exchange of ideas, discussions and freedom of speech. However,  the procedures adopted have to be implemented. Rwanda is showing us the way. I urge participants  to implement  the lesson learnt from the Rwandan experience», Minister  Calixte Nganongo  said at the closing session of the conference.

Press  department of the Ministry of Finance 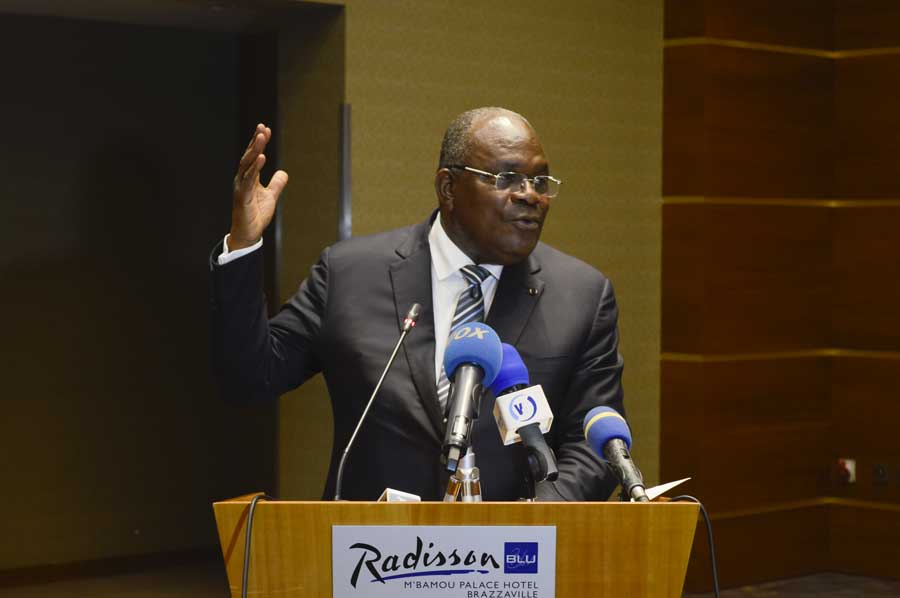