Congo enters into negotiation with the IMF

On Tuesday, December 5, 2017,  the head of the delegation of the International Monetary Fund, Abdul Wane Aziz, declared that« As from today, Congo enters into negotiation with this Bretton Woods financial institution» so that an  agreement was reached for the return to macroeconomic equilibrium and the promotion of growth in the country.

This round of negotiations between the IMF and the Congolese side (represented by the Congolese Minister of Finance and Budget, honourable  Calixte Nganongo and the special adviser of the Head of State for external financing, Chairman  of the technical committee in charge of the negotiations, Lucien Ebata) will address three subjects.

First, the budgetary and financial policy adjustment; second, the governance or the management of financial, human and natural resources of the  country, which will be included in a document drafted by the Congo;  third, economic diversification, not taking into account the oil sector, in order to increase the state revenues for debt sustainability.

Interviewed by the journalists, the Minister of Finance and Budget,  honourable Calixte Nganongo, said he was happy with the start of negotiations so long overdue, which would take place until December 20, 2017.  He was also optimistic about the expected signing of an agreement between Congo and the IMF. He also said that following the negotiations, the IMF conditions for the signing of the agreement would be made known to the public. But, the Minister of Finance and Budget assured the Congolese people that the two negotiating parties agreed not to address social aspects advantages, despite the financial and economic crisis the Congo is experiencing.

As a reminder, the first round for the signing of an agreement  between Congo and the IMF, referred to as the discussions round started before the holding of  legislative and local elections in July 2017 in Congo. The process had resumed on Monday, September 25 and ended on October 4, 2017.

Press department of the du Ministry  of Finance 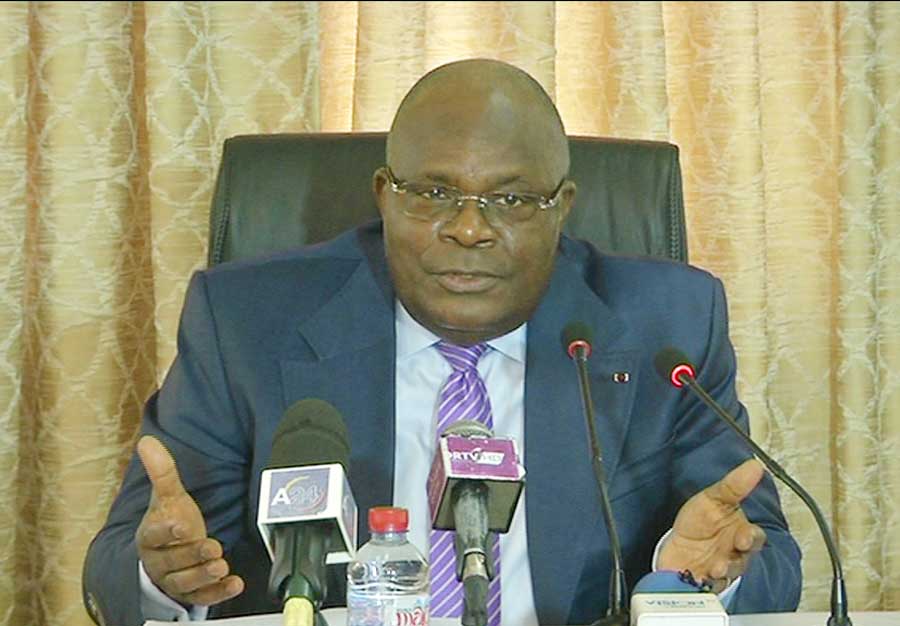