“The country is on track to restore the sustainability of its public debt”, Alex Segura-Ubiergo said
08 May, 2019

At the end of a working week with Congo, from Thursday 2 to Wednesday 8 May 2019 in Brazzaville, the Head of delegation of the International Monetary Fund (IMF), Alex Segura-Ubiergo, provided an update of his Mission to the Minister of Finance and Budget, Calixte Nganongo. “Congo is on track to restore the sustainability of its public debt”, he said.

The two parties have updated the macroeconomic framework, in particular growth outlook, trends in the State Budget and major reforms, in line with the recommendations of the last IMF Mission held from 5 to 14 November 2018 in Brazzaville.

Indeed, the growth outlook improved with a projection of 5 per cent in 2019, which would be supported by an improvement in the oil sector and a recovery in the non-oil sector. A significant fiscal consolidation effort was noted in 2018, compared to 2017 Budget which was in deficit. The 2019 Budget is managed prudently. The Government has taken steps to further mobilise non-oil revenue, in order to develop its economy.

The IMF Mission also commended the effort made by the Government of Congo to reduce transfer costs related to the oil sector. This has resulted in an envelop for social spending (in particular health and education).

It also welcomed the structural reforms undertaken by the Government to strengthen transparency in public finance management. A great deal of effort was also made in the preparation and publication of a Study on governance. The Parliament of Congo voted three laws that will strengthen mechanisms in the fight against corruption.

The signing of the Congo Debt Restructuring Agreement with China on Monday, April 29, 2019 in Beijing was welcomed by the IMF Mission. “This is a decisive step towards reducing the burden of public debt and retoring the sustainability of public finance”, Alex Segura-Ubiergo said.

However, the Congolese public debt is still unsustainable; it will take an additional effort to make it sustainable. But the fact of having signed an Agreement with China allowed a sharp reduction of this public debt, which was 118 per cent of the Gross Domestic Product (GDP) in 2017. Today it dropped to 91 per cent.

The Mission believes that there is still some vulnerability in the financial sector with outstanding loans from banks, which increased toward the end of 2018. But the approval of a plan for the discharge of the State's internal debt to economic operators and other social partners will help the country get out of this situation.

To sum up, “fiscal reconciliation and rigour in public finance managment will restore macroeconomic balances”, the Head of Mission concluded. 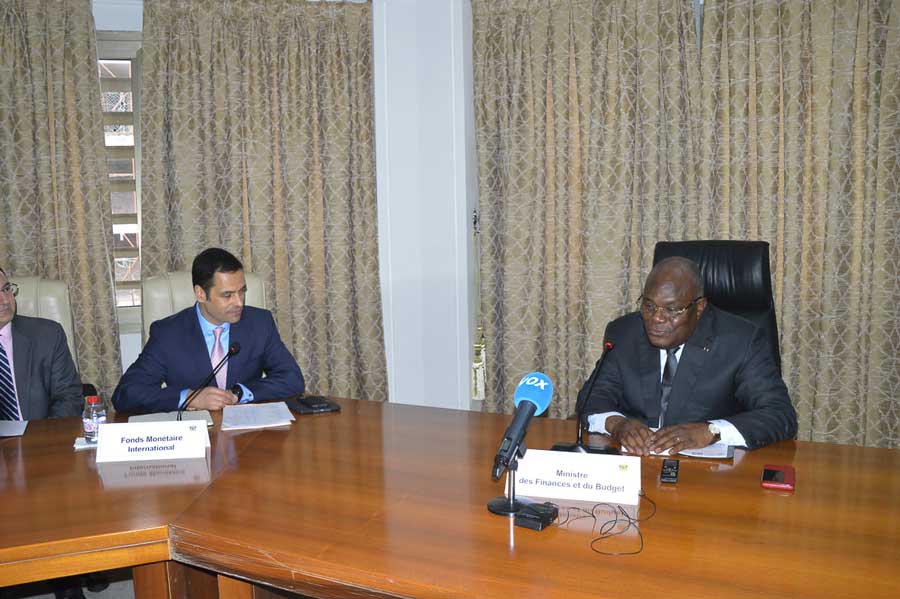