A mission to update the macroeconomic framework stays in Brazzaville
07 Nov, 2018

Led by Alex Segura-Ubiergo, an IMF mission arrived in Brazzaville since Sunday 5 November 2018. Supported by a representative of the World Bank, it is part of the continuation of negotiations started in 2017 between the Bretton Woods institution and the Republic of Congo, whose file is awaited at the next IMF executive Board in Washington, which will decide on the conclusion of a financing three-year programme agreement aimed at boosting Congo's macroeconomic equilibrium.

While receiving  the IMF delegation, Wednesday 07 November 2018, in the premises of the Ministry of Finance and Budget, the head of this Ministry, Calixte Nganongo, who launched the workshops, said that " the purpose of this mission is to update the macroeconomic framework, in particular by incorporating  the impact of rising oil prices on public finance in the medium term, in order to re-estimate the financing needs of the Republic of Congo for the period 2019-2022, and to redefine new internal and foreign debt restructuring strategy ". Adding that «the mission will also analyse the progress of structural reforms and discuss Congo's progress in securing funding for the forthcoming presentation of the IMF Board of Trustees".

Recent progress include the drafting of the Congolese State budget for 2019, taking into account the latest framework.   A “compatible IMF "budget, the Congolese Minister of Finance underscores

For his part, the head of the IMF delegation pointed out that during this mission, which will end Wednesday, November 14, the point on the control of Congo's domestic trade debt vis-à-vis economic operators will be missed obviously not to be on the agenda of the negotiations.

Reminders of the requirements already met by Congo

As a reminder, it is since 7 months that the Congolese file could not be presented to the IMF Board of Directors, for a qualification issue of financing insurance. Yet, on April 21, 2018, an Agreement on the outlines of economic and financial policies that could be supported by a financial arragement had been signed between the Congolese Governement and the IMF staff.

As such, on July 31, 2018, the Prime Minister Clément Mouamba, signed and transmitted to the IMF's General Management, the memorandum of economic and financial policies. And, in accordance with this memorandum, the Government of Congo had implemented all prerequisite measures.  In particular: the adoption of a budget (2018) in line with the parameters of the programme; publication of a report on the Government's diagnostic study on governance and corruption issues, with the assistance of IMF staff; as well as the submission to parliament of an amendment to the law establishing the National Petroleum Company of Congo (SNPC), making annual the publication of audits of its financial accounts and of its subsidairies. Similarly, the Govrernment had completed all prior actions, including the adoption of a debt restructuring strategy.

Today, given that new parameters have come into play over the past seven months, the macroeconomic framework elaborated under the agreement on the outlines of economic and finanacial policies, signed on April, 21, 2018 between Congo and the IMF staff, should be therefore updated. 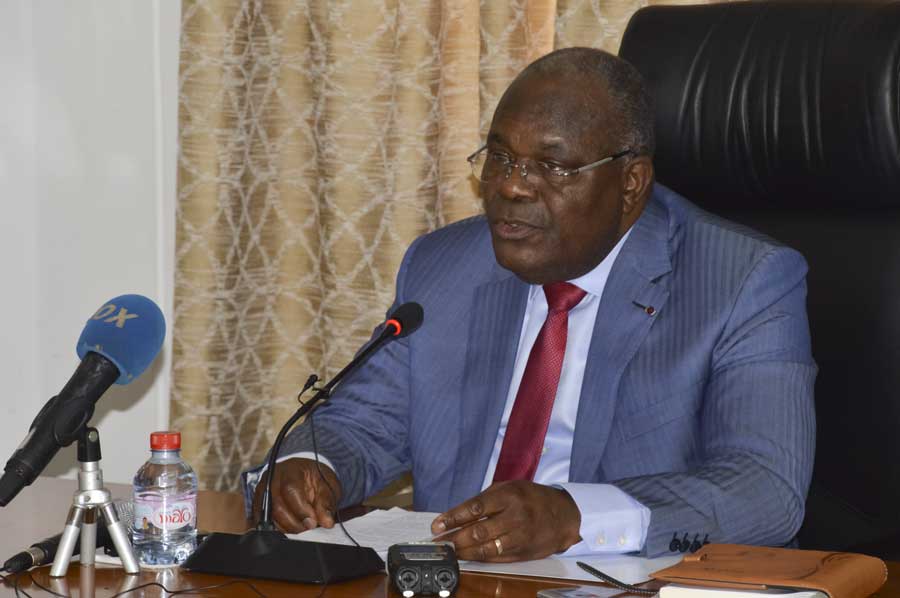