Calixte Nganongo, Minister of Finance, Budget and Public Portfolio, launched on Thursday 15 December 2016 a bond issue through a public offering of 150 billion CFA francs through a mobilization of investors (Road show). Launched in Brazzaville, this operation will continue in Pointe-Noire. Open from December 15 to 23, 2016, a bond issue of 10.000 CFAF is remunerated at a net 6.5% the year.

The bond issue is a rapid fund raising operation through public offering, according to experts on the issue. This fund-raising is therefore arranged by a consortium of investment services and stock exchange services such as Ecobank Capital, Crédit du Congo and BGFI Bourse. To express their commitment and above all the confidence in the quality of the signature of the State, these arrangers secured a “firm grip” of 146 Billion CFAF.

Dubbed “Congo bond issue 6.5% 2016-2021”, this bond was to last for five years. "The underwriting intentions we have gathered so far is reassuring, that is to say an operation that is already successful," said one of the arrangers of the fund-raising operation, the managing director of Crédit Congo , Mohamed Mejbar, adding that the 150 Billion CFAF sought could be largely exceeded.

According to Minister Calixte Nganongo, initiator of this financial operation, the first of its kind in Congo, the funds mobilized in this bond loan are intended to finance the development projects registered in the 2016 budget and the partial clearance of the State domestic debt. "We seek to ensure budget balance. The present fund-raising is mainly for the completion of infrastructure works already undertaken across the country” explained Calixte Nganongo.

Faced with the many concerns on guarantees for reimbursement expressed by  few potential subscribers present at the launching ceremony, Ecobank’s CEO Adonis Seka said the Bank of Central African States (BEAC) ) recalled that it will follow instructions given by the financial supervisory authority.

As for the instructions of the Minister of Finance, Budget and Public Portfolio, the account will be supplied on a monthly basis with 8% customs tax revenues, with a minimum of 5 Billion CFAF during the life of the loan. The same mechanism has been successfully tested in Cameroon, Chad and Gabon.

According to these arrangers, the terms of the fundraising operation are transparent, open and universally known. A situation that must "necessarily" push the Congolese public treasury to honour its commitment vis-à-vis the subscribers. At the same time, the securities will be dematerialized and entered into an account with the central depository and kept in the books of the stockbrokers keeping the account.

Another guarantee relates to the fact that the subject of the operation is announced and communicated to the Central African Financial Market Surveillance Commission (COSUMAF). Finally, it is a perfectly transferable transaction given that a subscriber can sell his stock after two or three years.

The State counts on mobilisation of Congolese

"The Congolese must first help the State to restore a balanced budget," urged Minister Calixte Nganongo, and it is also an opportunity to put their money in a bank. Interest on these bonds is exempt from all taxes and duties for Congolese underwriters and residents of the CEMAC zone” reassured Calixte Nganongo, who flew to Pointe-Noire to launch the same “Road show”. 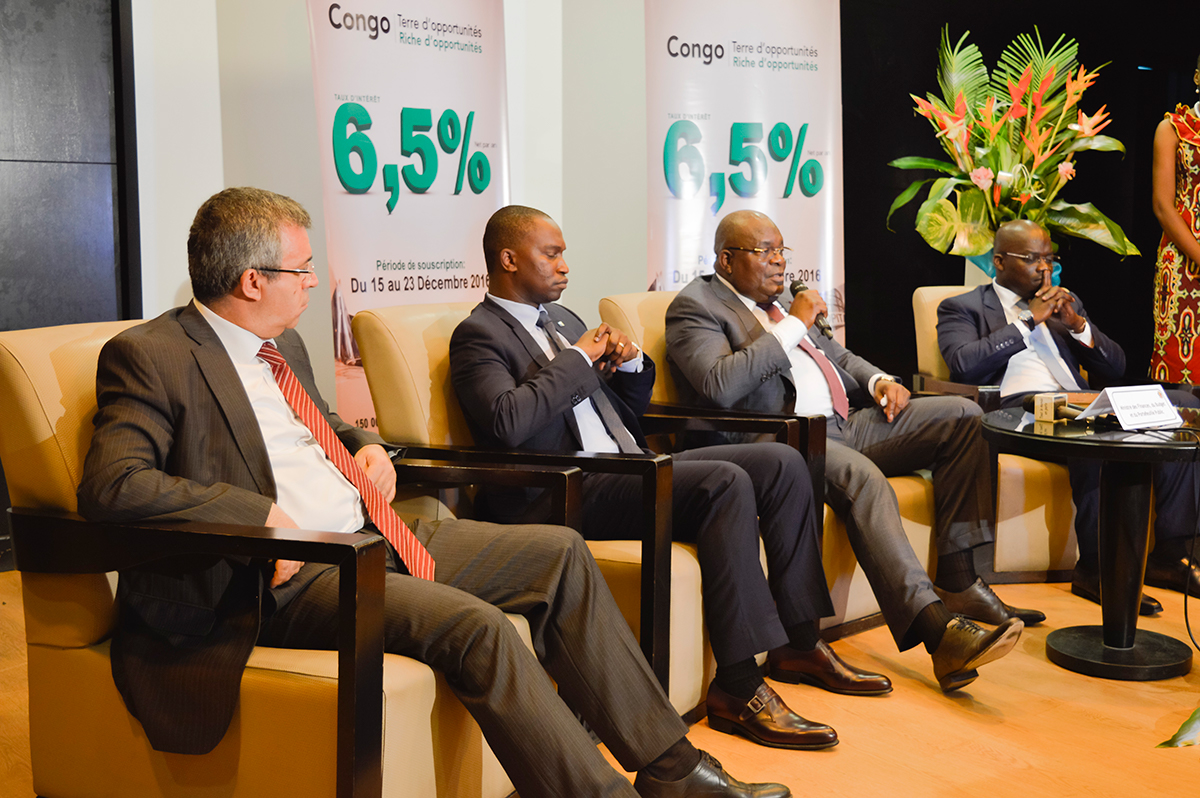