Continuation of the Minister of Finance's visits to divisional financial departments

In Niari, Calixte Nganongo urges the agents of Customs, Treasury and Taxes administrations to be born again!
21 Feb, 2019

The continuation of the visits of the Minister of Finance and Budget, Calixte Nganongo in the counties of Congo, was marked by, at the Niari stage, by the visit of the factory of the Chinese forest company Asia Industries Sarl, based in Dolisie; by the tour of the financial departments of this locality, as well as by an address to officials and agents under tutelage.

Addressing the latter, in the hall of the senior divisional’s office, Thursday 21 February 2019, in the presence of the senior divisional officer André Ovu and the mayor of the city of Ghislain Nguimbi Makosso, the Government official called them to become new agents of Customs, Taxes and Treasury administrations. “It is a call to break with malpractices of the past. The year 2019 is the beginning of reforms that I initiated. You are called to take the train of these reforms in motion”,Calixte Nganongo urged.

Among these reforms is the Integrated Public Finance Management System (SIGFIP), whose fundamental characteristic is the inter-connexion of financial departments for a dialogue between them. Other reforms include: the New Computerized Tax Collection System (E-TAX); the one-stop clearance office (GUD), etc. These reforms aimed at better collecting and securing the State revenues. The custodians of the financial power that you are will no longer manipulate the cash. Only the machine will be able to process them. And machines cannot be corrupted” he said. “To summarize: together, we will build Congo failing to rebuild it. To achieve this, you must demonstrate professional ethics, punctuality, diligence, availability at work and the obligation for reserve", Calixte Nganongo concluded his address.

In his tour in the financial departments which led him to the divisional directorates of Customs, Taxes, Treasury, Budget, fiscal audit of Niari, as well as the one-stop clearance office (GUD), installed in the Congo Postal Bank Agency (BPC) of Dolisie, the Minister of Finance welcomed the larger buildings, in comparison with those he visited on last 14 February at Ouesso, in Sangha, especially the treasury and taxes administrations. With regards to staff, he recommended that a training plan be put in place to adapt the profiles to the needs of the State. But also, to replace retired officials and agents.

From his visit to the factory of the forestry exploitation company Asia Industries SARL (whose turnover is between 10 and 15 billion FCFA, against 30 billion FCFA for the forestry industry of Ouesso -IFO- Ngombé, in the Sangha division). The Minister of Finance took note of the grievances of the staff and the 536 workers including 84 foreign workers. These grievances that were raised by the deputy Managing Director Cyprien Lembelé, representing the Managing Director Chieng King Sui, focused mainly on the additional Code and the slowness in obtaining the Reduced Rate Certificate. 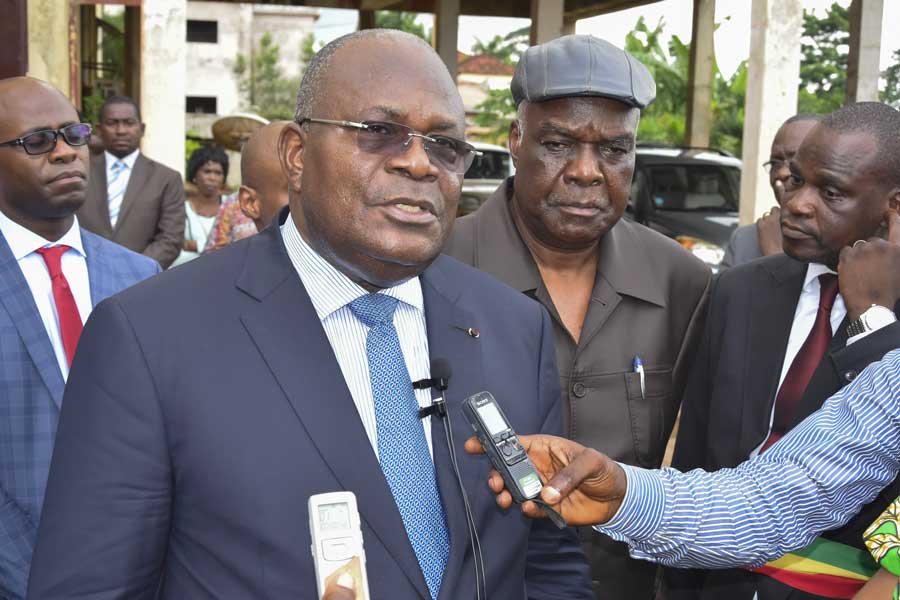