The financing  of  PSCAC  amounting to 100 million US dollars (i.e. 60 billion CFA francs) will cover a period of  5 years (2017-2022). The funding agreement  was signed on Wednesday, September 20, 2017 in Brazzaville by the Manager in charge of the World bank operations for Congo, Ahmadou Moustapha Ndiaye and  the minister of finance and budget, honourable Calixte Nganongo, representing the government.

Mrs. Ingrid olga Ghislaine Ebouka-Babackas, minister of planning, statistics and regional integration, in her quality as governor of the World Bank for Congo and Mr. Martin Parfait  Aime Coussoud Mavoungou, minister of scientific research and innovation also attended the ceremony.

The project is targeting 500,000 people based on the results expected, 700 groups and companies and 50 small and medium-sized enterprises and will be implemented in the 12 administrative departments of the country.

The project also aims at  improving the productivity of farmers and enabling  access to the market of producer groups, and of small and medium -sized agro industry enterprises in selected areas, improving public facilities and of the business climate for commercial agriculture; achieving  institutional capacity building to back up agriculture and enabling involvement  in case of emergency or disaster.

In other words, the project is a means for developing commercial agriculture to encourage farmers to sell their products instead of limiting themselves to consumption.

The funding agreement  is a concessional lending which meets the requirements of a cautious budgetary policy, as recommended to the government by the Bretton Woods institutions( the World Bank and the international Monetary Fund) with whom the Republic of the Congo is now negotiating a short term programme.

This new project will be submitted to the parliament for ratification  before it is implemented and take over  the project of development and rehabilitation of  rural tracks which ended on April 30, 2017. The project is in line with national and regional agriculture development  priorities.

Press Department of the du Ministry of Finance 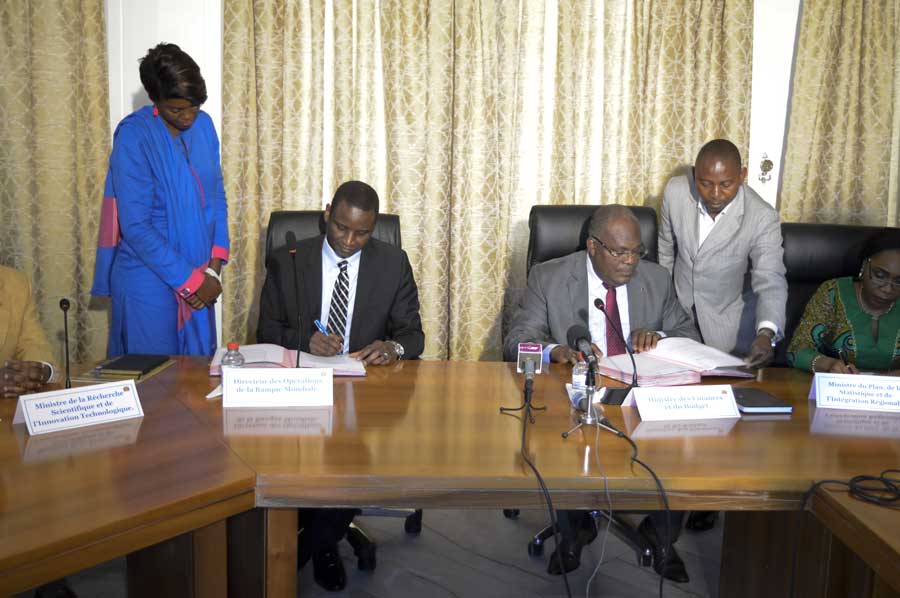