Cooperation - EU to support Congo in its negotiations with the IMF

Received in audience, Friday 1February 2019, by the Minister of Finance and Budget, Calixte Nganongo, the UE Ambassador to Congo, Raul Mateus Paula,  announced that his institution intends to support the Government of Congo in its negotiations with the International Monetary Fund (IMF).

“The Minister gave me a very clear description of the various stages of these negotiations. I think it was very productive and very useful, and we will see how to support Congo in these various satges, that is to say in this difficult phase of the debt, which is only a step.  I think that Congo has all the conditions to go beyond it”, the European diplomat said.

Apart from the IMF, the two personalities reviewed the issues of the bilateral cooperation. In particular, non-oil economic diversification, governance, resilient cities, the unblocking of file on stationary cranes at the Port of Brazzaville and the major works underway.  Among these works: the fishing port of Pointe-Noire and the continuation of construction works of the Kinkala-Mindouli road (interrupted because of conflicts in the Pool division).

“I discussed this issue with Mr. the Minister, as I do with the other Congolese authorities. It is a very important investment: 21 million Euros for the European Union, and counterparties that were planned by the Government of Congo”, Raul Mateus Paula said.” However, for a certain number of reasons, he continues, including conflicts in the Pool, these counterparties have not followed.  I make a plea. I think there is some mutual understanding between all the Government's members with whom I discussed and the European Union.  All of them recognize the importance of this road. It is a very important economic line. This investment must then be followed by counterparty, so that the road is completed”.

Beyond the construction phase, the European diplomat mentioned the maintenance aspect of this road, by setting up toll stations and weighing centres. “Because, according to him, the excess weight of trucks is what damages the roads” …

It should be noted that, on the same day, two other audiences were granted by the Minister of Finance to the representatives of two chenese companies.

First, China-State company, which built the Pointe-Noire/Brazzaville heavy road, the Concorde sports complex of Kintélé and the headquarter of the sino-Congolese Bank for Africa (BSCA-Bank) in Brazzaville.

With the two companies, debt payment related to the above-mentioned infrastructure construction works were discussed. The representatives of these two companies obtained payment guarantees from the Government of Congo. 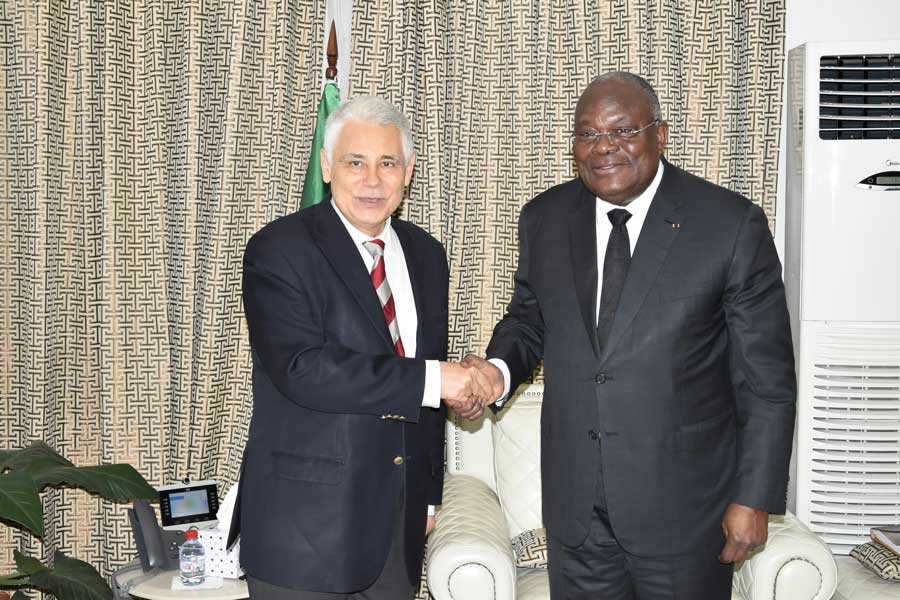