The Chairperson of the Development Bank of Central African States (BDEAC), Ofa Mbo Nchama, launched on Thursday 18 November 2021 in Brazzaville, the bond issue by public call for savings "BDEAC 5.60% net 2021-2028", in the amount of CFA F 100 billion, in the presence of the Minister Delegate in charge of the Budget, Ludovic Ngatsé, attached to the Minister of Finance, Budget and Public Portfolio, Rigobert Roger Andely, as well as the investors

The objective of the operation through the bond issue ‘’BDEAC 5.60% net 2021-2028’’, the Development Bank of Central African States (BDEAC) is to raise on the financial market of the sub-region, an amount of 100 billion, in a period from 2021 to 2028 or 7 years, to continue financing development projects in the area of the Economic and Monetary Community of Central Africa (CEMAC).

The sectors include education, agro-industry, agro-pastoral, tourism, finance, telecommunications, health, water, energy, sanitation and transport. As BDEAC securities are exempt from taxes in all CEMAC countries in accordance with its statutes, investors who buy the securities issued will benefit from a guarantee of profitability, security and liquidity, based on the institution's performance and its diversified shareholding.

In his speech, OfaMboNchama, Chairperson of BDEAC, gave an overview of the Strategic Plan which covers the five-year period (2017-2022) ending, in these terms: ‘’Firstly, 68 projects have been approved by BDEAC, for a total amount of 918 billion, against a target of 500 billion CFA francs. In Congo, 16 projects have been funded for a total of 242 billion CFA francs. This accounts for 26% of all commitments made by BDEAC over the period. We can therefore be satisfied with our contribution to the development of the Republic of Congo. Secondly, CFAF 1,442 billion have been raised by BDEAC on the sub-regional market and from partners to cover the financing needs of our economies.

Thirdly, successive positive net results have been achieved over the last four years, for a cumulative amount of CFAF 38 billion. Fourthly, the asset value of the Development Bank of Central African States, which stood at 93 billion in 2016, has risen sharply to 212 billion in 2020. Fifthly, BDEAC's loan portfolio is of much better quality, with performing loans peaking at 97% in 2020, compared to 90% in 2016. And sixthly, the international influence of BDEAC is now a reality, with partners spread over all continents, whereas in 2016, it was only a beggar with whom no international institution wanted to deal.’’

During the ceremony, the Congolese Minister in charge of the Budget, said that ‘’We are counting on the partners for the Bank to raise the CFA F100 billion. We signed an Agreement to finance the construction of the Dolisie-Kibangou road section (including the bridge over the Niari), a link in the Corridor connecting Brazzaville-Dolisie (Congo) and Libreville (Gabon). This is to say that BDEAC appreciates the design, the state of completion and the socio-economic impacts, both nationally and sub-regionally.’’

Characteristics of the operation 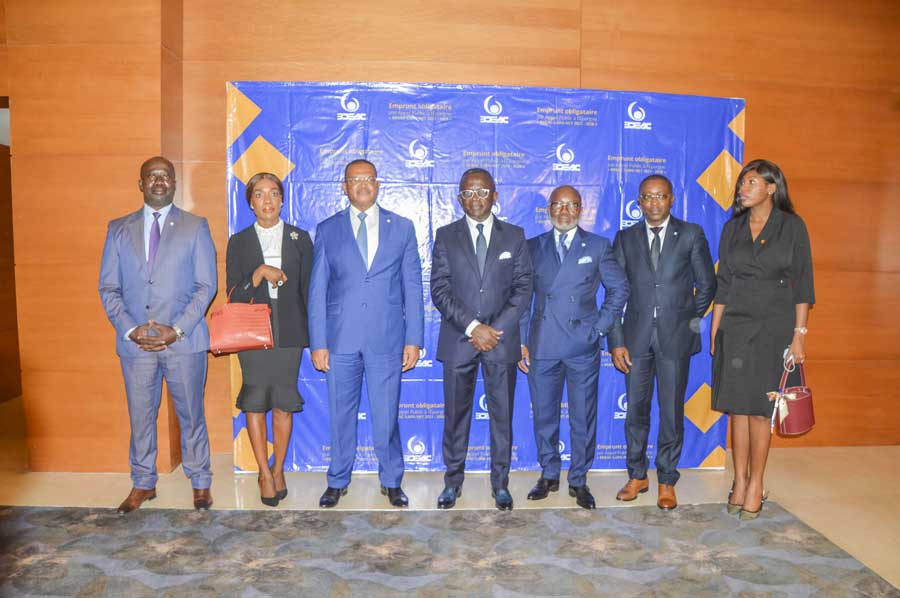