At the meeting held on Tuesday 20, March 2018 that the Minister of Finance and Budget, honourable Calixte Nganongo, had with economic operators, he ordered an accounting and financial audit of the commercial domestic debt for the period  January 2014 to December 2016.  The task has been assigned to ERNST&YOUNG and CACOGES, two firms incorporated and existing under the laws of the Republic of the Congo.

The two firms task is to make an inventory of debt securities for each year, to determine the amount of arrears as of December 31, 2016, to check and to validate the certification of the job done and the wind-up calculation, to draft a a single secured file for validated arrears, to suggest ways of paying off  the debt and to make recommendations on its management procedures.

Based on the task assigned to the firms, the government  is expecting the drafting of a single file of the validated commercial debt for the period January 1stto December 31st 2016; recommendations on ways of paying off the debt depending on its nature and recommendations on the debt management procedures.

The Minister of Finance reminded that the mastering of the stock of the public debt owed to economic operators was a recommendation of the IMF, which is now negotiating with the Congolese government for the signing of an agreement in the months to come. It will allow Brazzaville to finance its economy for three years (2018-2019-2020).  That is why the government is pushing the firms ERNST & YOUNG and CACOGES "to do their job well and quickly within a reasonable period of time of three or four months".

opérateurs économiques du Congo (COPECO) ; Jean-Jacques Samba, secretary general  of UNICONGO ; Paul Obambi of the  Chamber of commerce, agriculture, industry  and crafts of Brazzaville also took part in the ceremony.  They said they were happy with the initiative of the government and expressed their will to discuss with it not only on the payment of the "debt covering the period 2014-2016, the amount of which is not known yet", but also on the "mastered debt of  previous years". They reminded that the private sector was the key to a liberal  economy. 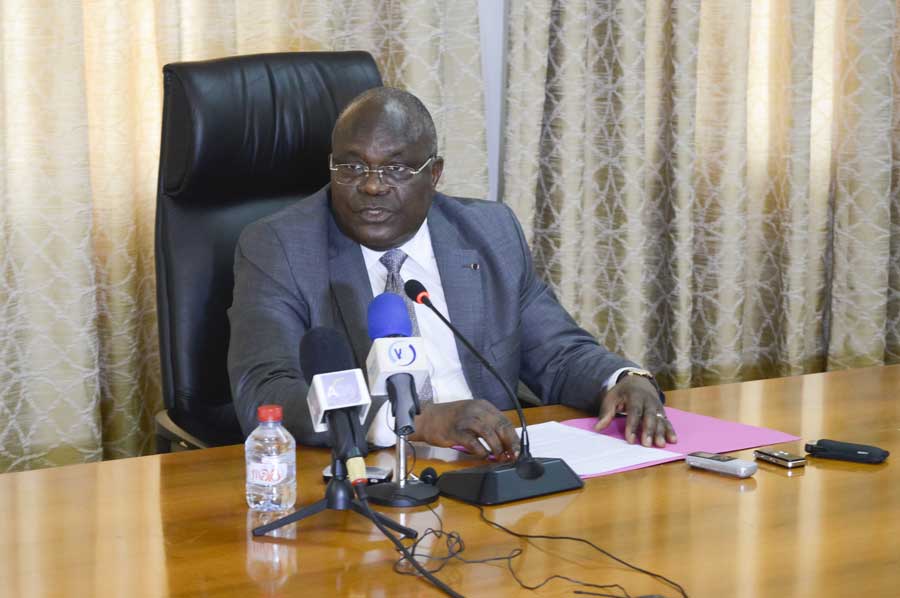