The Minister of Finance and Budget, Calixte Nganongo, officially launched, Tuesday, July 7, 2020 at the headquarters of the General Directorate of Customs and Indirect Duty (DGDDI) in Brazzaville, the activities of the platform "Tracking", called "Ekengué" or electronic monitoring and surveillance of goods in transit.

The ceremony was punctuated by the screening of the film on tracking in the central building of the DGDI, followed by a visit to the control room of this platform installed in the annex building, which includes the latest generation of GPS/GSM/GPRS beacons that are easily attached to containers using powerful magnets. These beacons have an autonomy capacity of more than four weeks in operation and one year in standby mode.

Tracking, which has been technically operational since 8 March 2019 and offers the advantage of developing a secure approach to the movement of goods in transit, has been one of the priorities of Congolese Customs. It covers, among other things, the following operations: real-time tracking of the location of goods; GPS tracking of transit shipments; automatic detection of breaches of load integrity along transit corridors; automatic detection of deviations from assigned transit corridors; closing of transit declarations on exit from Congolese territory; etc.

"The general objective of this platform is to ensure that goods declared in transit regimes actually reach their destination," said Guénolé MbongKoumou, Director General of Customs and Indirect Duties.

It should be noted that the Minister of Finance and Budget, Calixte Nganongo, paid tribute to customs officers who died in the exercise of their duties, by laying a wreath of flowers at the stele erected in the courtyard of the General Directorate of Customs and Indirect Duties. 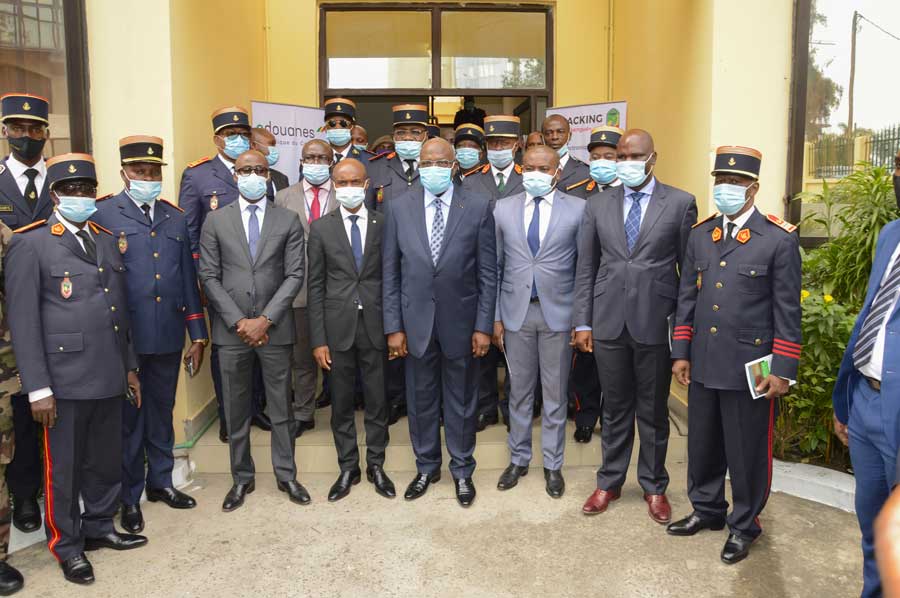