First annual meeting of the CIMA Council of Ministers in Brazzaville

On Tuesday, March 2, 2021, the Congolese Minister of Finance and Budget, Calixte Nganongo, represented by his colleague, Budget Delegate Ludovic Ngatsé, chaired, by videoconference from Brazzaville, the first annual meeting of the Council of Ministers of Finance in charge of Insurance of the Inter-African Conference of Insurance Markets (CIMA).

"The six items on the agenda of the closed-door proceedings, listed by Cameroonian Ncharé Issofa, the outgoing Secretary General of CIMA, were discussed," Minister Ludovic Ngatsé told the press at the end of the meeting.

The speaker took this opportunity to comment on the health of the insurance sector, both in Congo and in all the 13 other CIMA member countries.

With regard to the insurance markets in Congo, "it should be noted that a few years ago, we were experiencing many difficulties with our national company, which is ARC (Insurance and reinsurance of Congo). Efforts are under way for the Congolese State to completely recapitalise this company. In other words, the government, for its part, will do its best to continue to support its national company, to put the necessary means, so that this company continues to play the leading role," he said.

With regard to the insurance market in general, "there has been the health crisis that everyone is familiar with. Naturally, the repercussions have affected this market.  But our insurance companies are doing relatively well. The market is rather healthy", Ludovic Ngatsé concluded.

It should be noted that the successor to the incumbent Secretary General of CIMA, whose 5-year term of office will end on 31 March 2021, has been elected by the member States. His name is Blaise Abel Ezo'o Engolo, of Cameroonian nationality. 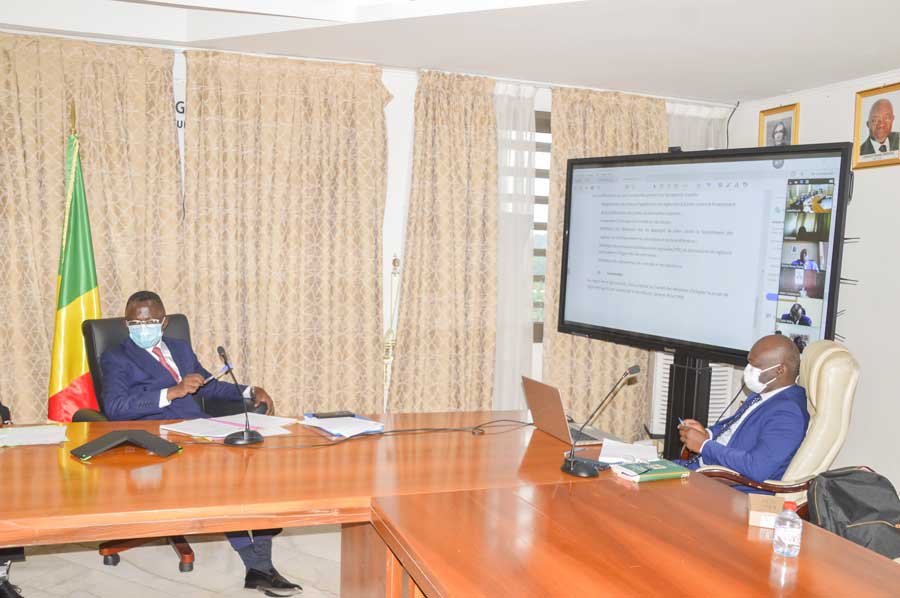