First Day of the CEMAC Financial Market in Brazzaville

“The aim is to make the market known, boost it and publicise its opportunities …”, Ambassador Nagoum Yamassoum said
02 Mar, 2020

Received in audience, on Monday 2 March 2020 in Brazzaville (Congo), by Madame Ingrid Olga Ghislaine Ebouka-Babackas, Minister of Planning,  Statistics and Regional Integration acting as Minister of Finance and Budget, Ambassador Nagoum Yamassoum, President of the Central African Financial Supervisory Commission (COSUMAF), set the objectives of the first day of the financial market that his institution and the host country co-organised, Tuesday, March 3, 2020 in Kintélé (northern suburb of the Congolese capital).

The Minister’s host said that “the objective is to make the market known, boost it and publicise it opportunities. It is also question of inviting all the actors (whether States or individuals) to come and give impetus by their commitment to the financial market, either by taking shares or by taking more action on the bond market”.

Note that the first day of the CEMAC financial market held in Brazzaville is the fourth in the series, after Gabon, le Cameroon and Chad. Pending the stage of two other CEMAC member countries: Equatorial Guinea and Central African Republic 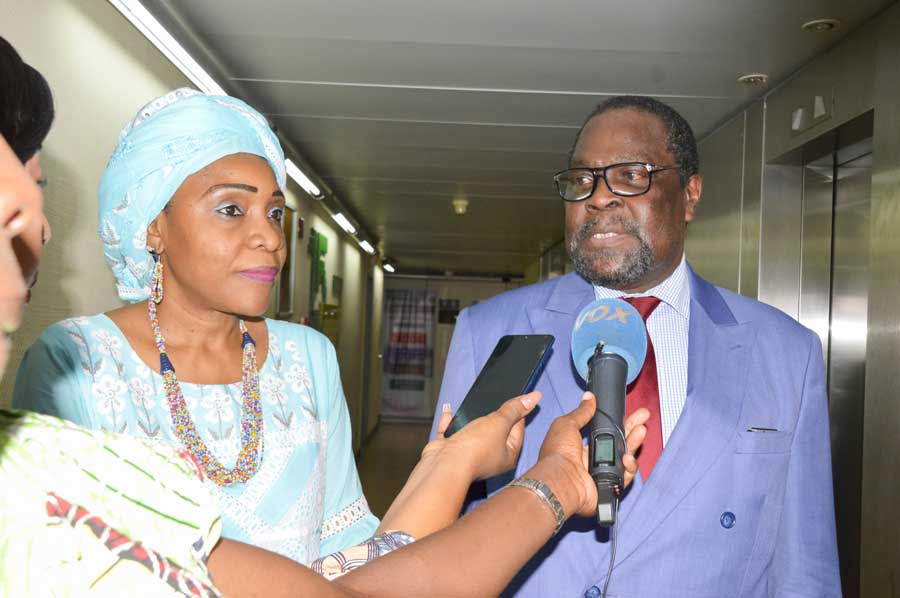