The executives and officers of the general directorate of public accounting  of the Ministry of Finance and Budget had a workshop on Friday 16, February 2018 in Brazzaville, under the chairmanship of Henri Loundou, chairman of the committee on reforms launched by this ministerial department. They adopted the four documents submitted to them after amending them, among which the draft new chart of the department.

The second document adopted was the 2018-2022 strategic plan of the general directorate of public accounting. The aim of the plan is to modernization of accounting, based on five operational objectives and eight activities.

The third document reviewed by the participants was about the 2018 operational action plan of the department, the implementation of which will require 642 million CFA francs. The plan will be implemented through the popularization of texts for the inclusion of the guidelines of the Economic and Monetary Community of Central Africa (CEMAC), the capacity building in the field of human resources, the creation of a communication unit...

Lastly, the document giving a picture of the situation of the department had been reviewed during the proceedings. The lack of executives in central departments, divisions and offices, qualified human resources, and of information, monitoring and financial analysis systems of the accounts of public structures  submitted to

the rules of public accounting, the lack of popularization campaigns of budget and accounting procedures and oversight of accounting headings, the insufficiency of hardware, office equipment, technical and office equipment, the lack of working documents and the narrowness of the premises where the central departments are located, give a picture of the difficulties the department is facing.

"The  remaining items will be reviewed during cross-workshops which will be organized for the harmonization of points of views of the various departments of the Ministry of Finance and Budget. As an example, the item on the harmoniza-tion of new charts suggested by the general directorate of treasury and the general directorate  of public accounting", said Henri Loundou, executive director of public accounting  and chairman of the reform committee.

Let us mention that the four documents examined  had been presented by Henri Edgard Milongo, head of oversight unit of the general directorate of public accounting, representing  all the departments, in the presence of deputy chaiman of the committee of reforms, Jean Marie Montsagna.

As a reminder, the workshop is part of a series of meetings  which started on Thursday 1, March 2018, for amending the documents on reforms of tax  departments for the drafting of a global strategy document of public finance management by the supervising ministry. 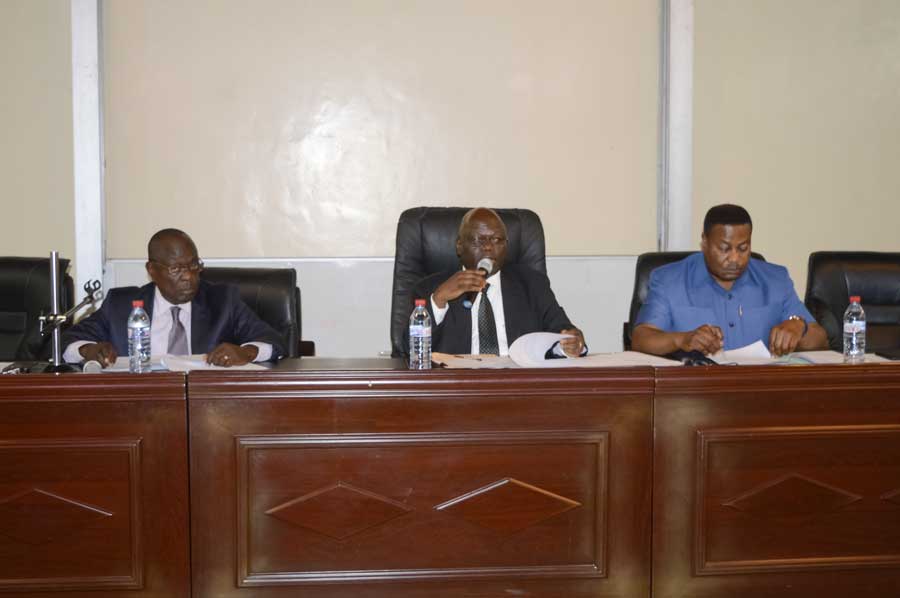