New Heads of IT departments in the Directorates General installed
14 Apr, 2022

This is the case of the handing over of services between Helga Romega-Ikondo Elenga, incoming Head of the IT Department, and Henry-Roméo Chloé Kodet, outgoing Head of Department, at the General Directorate of Customs.

Indeed, in accordance with Decree No. 2010-565 of 3 August 2010 on the powers and organization of the Directorate General of Customs and Excise, in its Article 5, states that the IT Department is directed and led by a Head of Service. Thus, Mr Helga Romega Ikondo Elenga was appointed by Memorandum No. 0271/MFBPP-CAB of 7 April 2022. He is in charge of “ensuring the operation and maintenance of computer applications; providing assistance to users of computer applications; managing stocks of consumables; ensuring the proper functioning of the computer environment; analysing, qualifying and quantifying the computerisation needs of the services; assisting the Director General in the management of computer authorisations; and organising the technical resources on computerised sites”.

After reading and signing the minutes, the new Head of Service called on his colleagues to work together in unity and progress, as the motto of the Republic of Congo indicates, in order to meet the challenges and achieve the objectives set by the hierarchy.

As a reminder, the Customs is a paramilitary corps or service, subject to discipline and obedience to the hierarchy and the laws of the Republic.

Arnold Wilson Koumou, Administrative and Financial Services Attaché (SAF) and Systems and Means of Payment Technician, made a commitment to his predecessor and the entire hierarchy of the General Directorate of the Treasury and Public Accounts to continue working with his collaborators for the success of the missions assigned to him, drawing inspiration from the advice of Mr. Brice Gangoué.

It should be noted that the IT Department of the Treasury General Directorate manages the following applications: SIGFIP; SIDERE; SYSTAC; SYGMA; DEPOT X and other applications used at the main Treasury office.

It should be noted that the induction of Andy Macstone Bokilo, the new Head of IT at the General Inspectorate of Finance (IGF), to replace Raphin Hubert Boula, who has been called to other duties, has been postponed to Friday 15 April 2022. 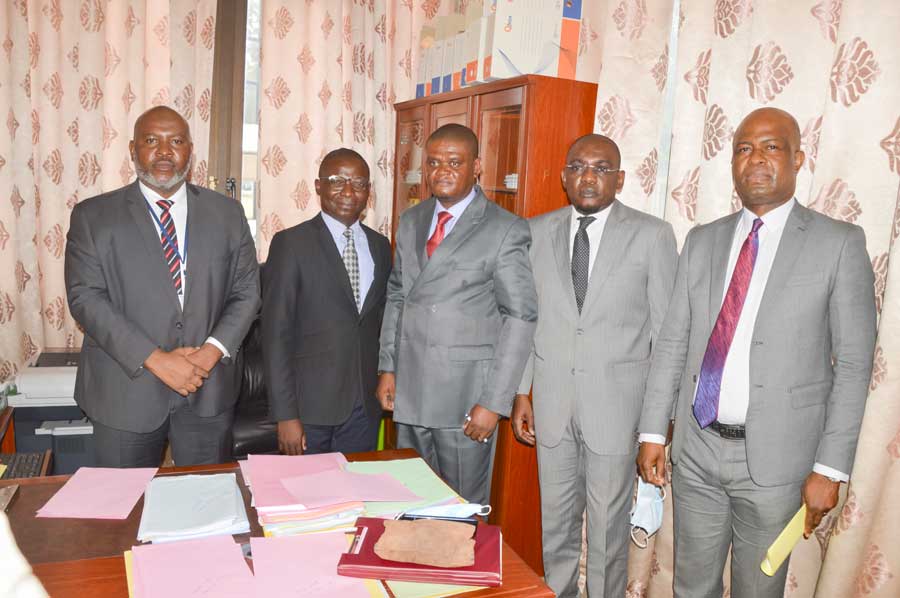