During this ceremony of exchange of instructions, the audience followed the reading of the minutes of handover by the Director of Cabinet of the outgoing Minister of Finance and Budget, Henri Loundou, followed by the signing of the Report. The Director of Cabinet gave, among other things, an update on the management of the public finance reform and listed the projects of the information system reform.

The projects of the information system reform, according to the Director of Cabinet

With a view to securing State revenues and rationalizing public spending, several projects to reform the information system of the Ministry of Finance and Budget have been carried out.

The most emblematic of these is the SIGFIP project (Integrated Public Financial Management System), which went into operation on August 17, 2020, replacing SIDERE. All State budget expenditures are now executed through SIGFIP.

Exchange of courtesies between the two Ministers

In his message, Calixte Nganongo welcomed his successor Roger Rigobert Andely. The latter revealed to the audience the virtues of wisdom of his predecessor, as well as rigor in work, and especially endurance to work until ungodly hours of the night, not only since his passage at the National Oil Company of Congo (SNPC), but also during his tenure at the head of this Ministry, since 2016. Roger Rigobert Andely also appreciated the dynamics of transparency in the management of human and financial resources, instilled by Calixte Nganongo. He pledged to continue this dynamic with all the staff, in the name of the continuity of the State. He will also take advantage of the valuable advice he received from his predecessor. 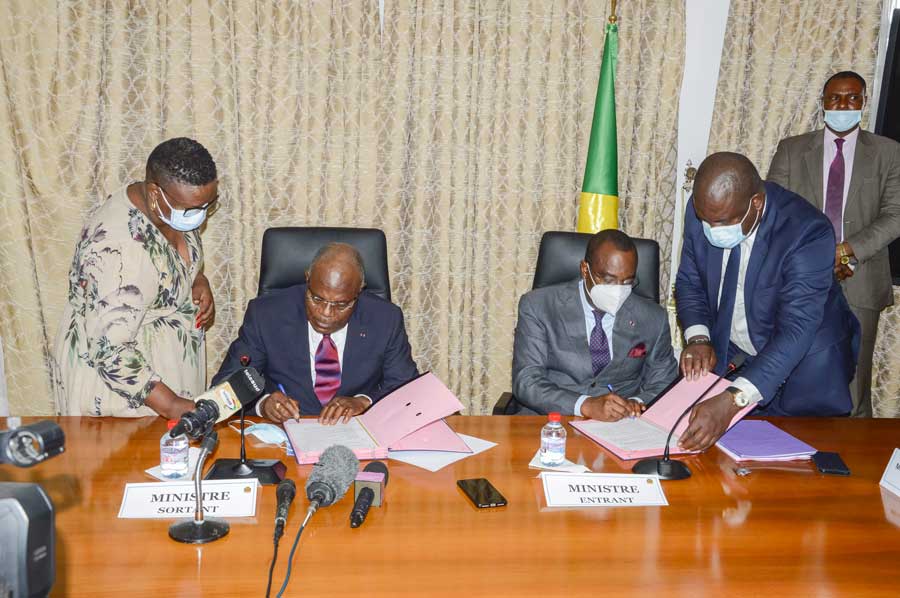