Inauguration of the main office of the BSCA-Bank, « a bank that meets the expectations of the Congolese » said honourable Calixte Nganongo

On April 10, 2018, the Head of State, Denis Sassou Nguesso, cut the ribbon in Brazzaville, on the occasion of the official inauguration of the main office of the Banque Sino Congolaise pour l'Afrique (BSCA-Bank). The construction works amounted to  35 billion CFA francs.

Many speeches were delivered, among which the one by the Minister of Finance and Budget, honourable Calixte Nganongo, who declared that the bank would meet the expectations of the Congolese and Africans.

The bank was created by order nº13.785, May 28, 2015, following the approval of  COBAC (Bank Committee of Central Africa). The BSCA is a commercial bank and the latest one to be opened, among the eleven ones that operates across the Congo. It officially opened the same year on July 11, two months after it was created.

According to the Minister of Finance, this financial institution has done well on the Congolese bank market up today since it opened in 2015.

The bank has a capital of 53 billion 342 million 800,000 CFA Francs, the greater part of it is owned by the agricultural bank of China (50%). The Congolese state owns 12% and the Congolese private shareholders 21% , SNPC 15% and the Chinese company Zhengwei Technique Congo 1,5%.

It is worth mentioning that the new building hosts the main office and the main branch of the bank in Brazzaville. 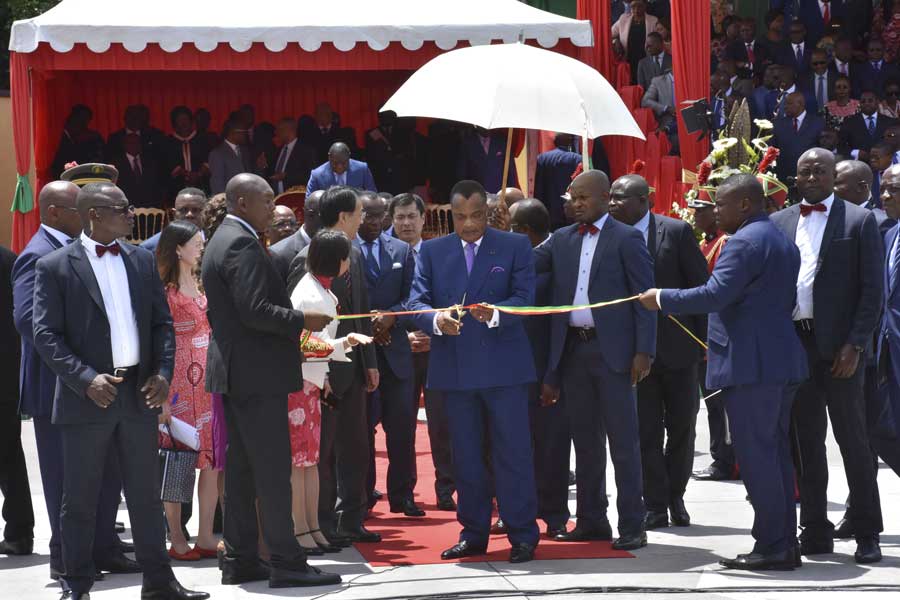