On Monday, April 12, 2021 in Brazzaville, Calixte Nganongo, Congolese Minister of Finance and Budget, received in audience, in his capacity as incumbent President of the Inter-African Conference on Insurance Markets (CIMA), Blaise Abel Ezo'o Engolo, new Secretary General (SG) of CIMA.

Speaking to the press at the end of the meeting, Blaise Abel Ezo'o Engolo said that he had come to pay his respects to the current Chairman of the Council of Ministers of Finance of CIMA member countries, and to thank all the Ministers in charge of insurance of this organization for the trust they have placed in his modest person by appointing him as Secretary General.

During his meeting with Minister Nganongo, Blaise Abel Ezo'o Engolo said that he received clear guidelines from his interlocutor, who set the course of action to achieve CIMA's objectives, particularly that of financing the economies of member countries through resources generated by the insurance sector.

When asked how CIMA is doing since its creation in 1992 (on the ashes of CICA) until today, the new SG said that much progress has been made. However, much remains to be done. As such, he pledged to do his best, with the support of the ministers of member states, to improve the performance of CIMA, whose headquarters is located in Libreville, Gabon. 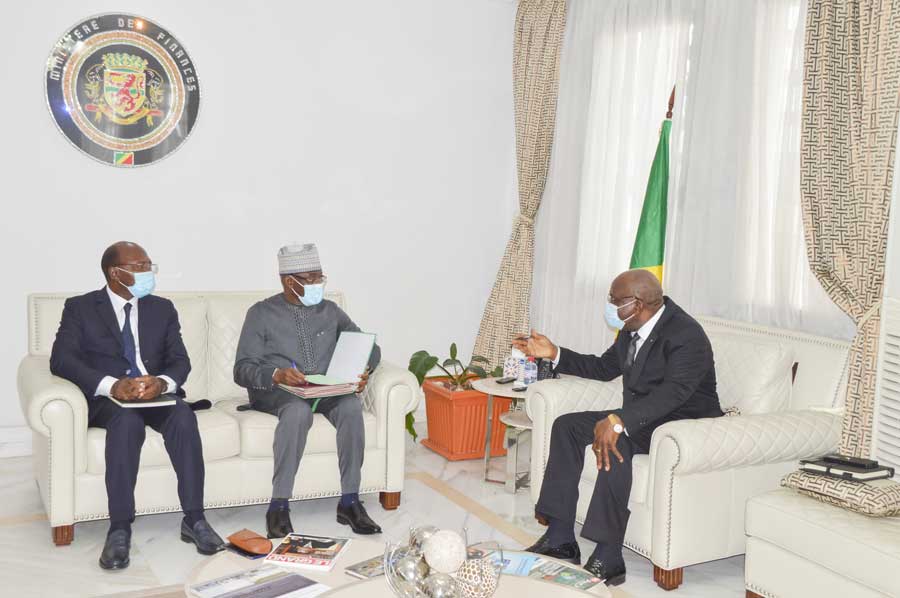